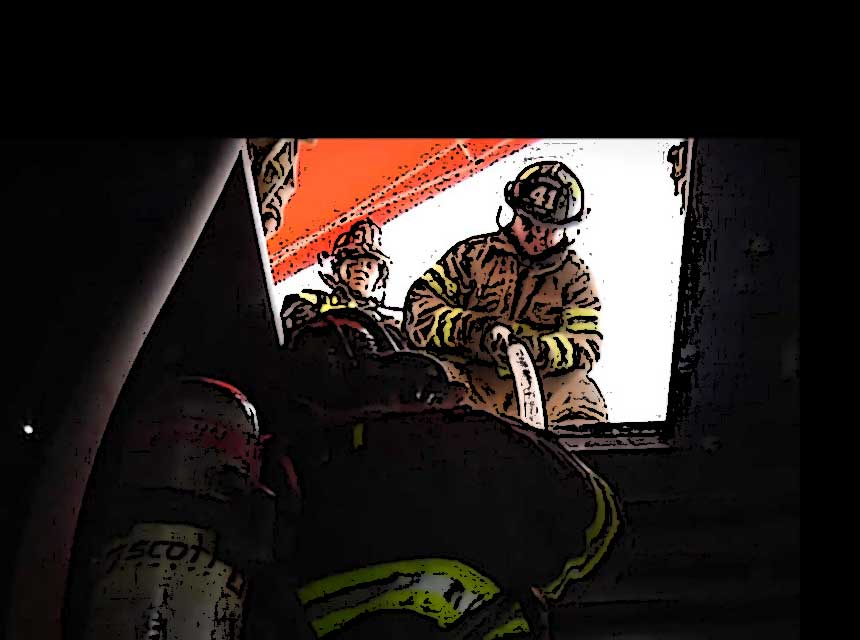 On the fireground, communications can be overwhelming with radio chatter coming in from everybody to the incident commander (IC). What can be frustrating and trying at times is trying to get your message across and being blocked or cut off by other radio transmissions or not being heard at all. There is a lot of noise on the fireground that can sometimes drown out radio messages.

his can be especially true for when a Mayday must be called. Declaring a Mayday is done for three main reasons: Firefighters are lost or trapped, injured, or are missing/unaccounted for. When you hear a Mayday being called, it is specifically for a firefighter and nothing else. All other transmissions can be used with an “urgent” message.

When declaring a Mayday, be sure to get the attention of the IC first before saying the message – if the IC did not hear the Mayday, then they will not hear your message. Once the IC acknowledges your Mayday call, then you know that you have their full attention and they will receive your message.

Your First Mayday Shouldn’t be the Real Thing!

Another way to ensure your Mayday message gets the attention of all is to hold the radio mic open and hold it to the personal alert safety system (PASS) alarm going off. The sound of the PASS alarm will get everybody’s attention and will allow you to get your priority message through. Hold the open mic to the PASS alarm for about five seconds, turn off the PASS alarm, then declare your Mayday. If the PASS alarm is going off in the background, it will hinder the communication of the Mayday transmission.

That’s the background for this firefighter training drill.

Goal: To practice and become familiar with declaring a Mayday.

Video: Learning from a Dallas Mayday

The SCBA Tug: Ensure You Are Connected