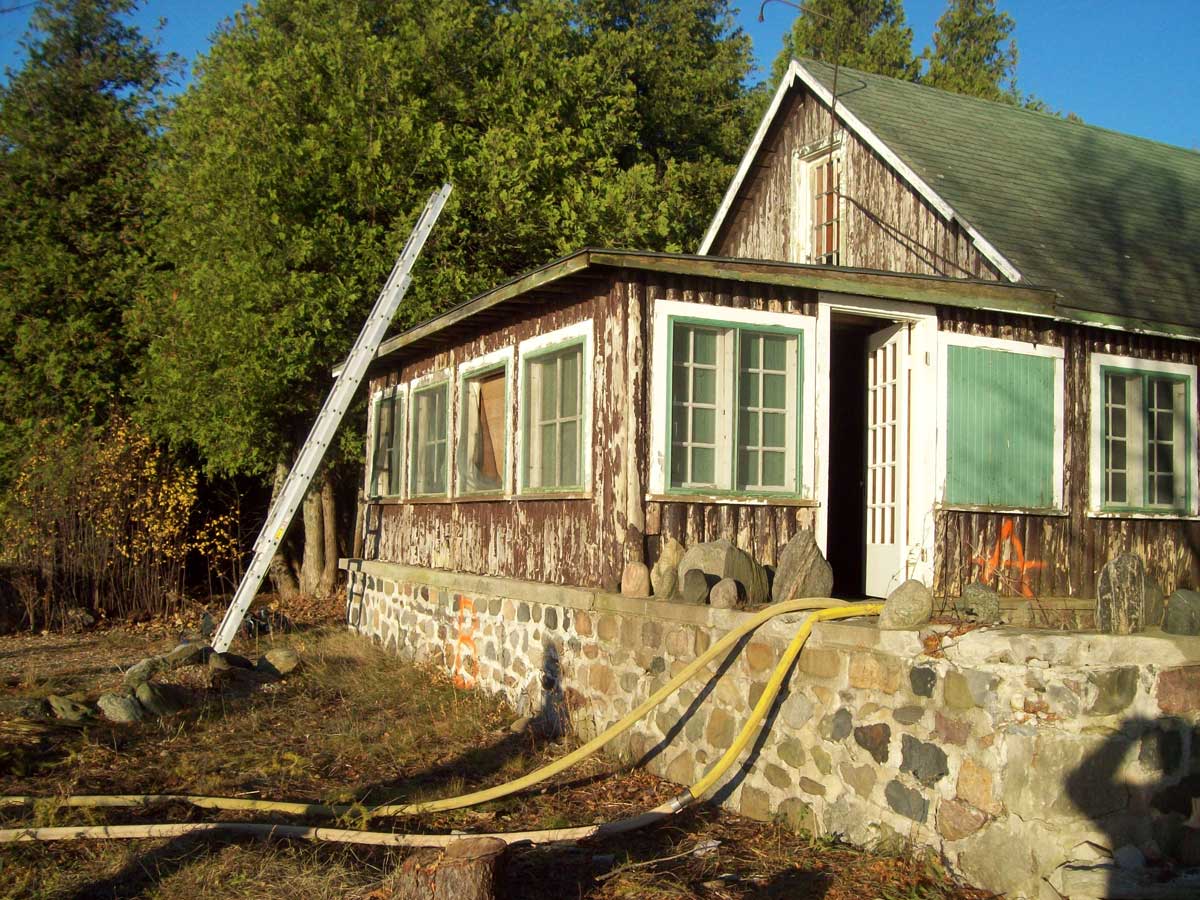 The other important factor is to heel the ladder when the firefighter is getting on or off the ladder. This will prevent the ladder from kicking out when climbing a rung above the roofline for access on and off.

When raising the ladder to the roof, do not worry about counting the number of rungs raised above the line. Just raise as many as possible so that there is a good number of rungs above the roof line within reason/proportion.

Grill: To practice raising and extending a ground ladder above the roofline without counting rungs.

Drill:Gaining access to the building. Carry the ground ladder to it.

Using either a one- or two-man ladder raise technique, raise the ground ladder vertically up to the building.

After untying the halyard (if applicable to the ladder that is being used) extend the ladder up above the roofline.

Stop the extension of the fly section when there are sufficient rungs above the roofline (more than three rungs.)

Once raised into position, follow departmental procedures for tying off the halyard and placing the ladder against the building.

Have each member of the team rotate through and practice doing this.

Mark van der Feyst has been in the fire service since 1999 and is a firefighter with the Fort Gratiot (MI) Fire Department. He is an international instructor teaching in Canada, the United States, and India, and at FDIC. He is also the lead author of Residential Fire Rescue (Fire Engineering Books & Video). He can be contacted at Mark@FireStarTraining.com.

Firefighter Training Drill: Do the Twist: FDC Hook Up