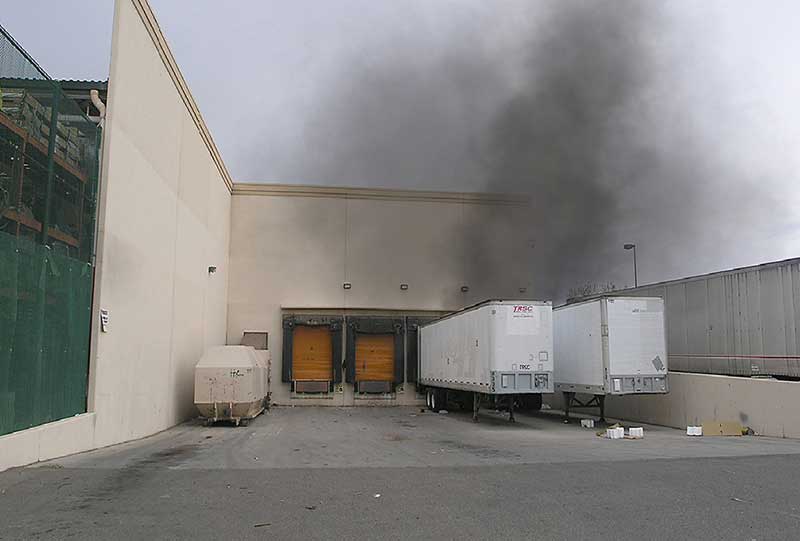 Simulations can be highly effective training tools, especially when it comes to fireground decision making.

In this month’s big box store fire simulation, you are the company officer on Engine 1 and will be first due at the incident. You are in quarters when the following dispatch comes in: “Engine 1, Engine 2, Engine 3, Ladder 1, and Battalion 1, respond to 10200 Coors Bypass. This will be at the Home Depot we have a report of a fire in the loading dock area with sprinkler activation. All units responding to 10200 Coors Bypass switch to tactical channel 1 and acknowledge en route.”

The Home Depot home improvement store is a Type II non-combustible building typical of the “big box” tilt-slab construction technique. The walls are poured-in-place concrete on a concrete slab. The roof assembly is metal bar joists supported by Girder trusses which are supported by metal H-columns. The roof is metal Q-decking with a composite covering.

With a fire and sprinkler activation in these type of structures, the building rapidly fills with cold smoke, making these particularly dangerous fires. Avoiding disorientation by staying on a hoseline and managing air supplies using the rule of air management (ROAM) are critical. Having a tactical reserve in place prior to making entry from the closest access point to the fire location is part of many department’s “enclosed structure” standard operating procedures or guidelines. Another key tactical consideration is to support the fire protection system by having one of the early arriving engine companies supply the FDC. The sprinkler system should remain operating until the fire is declared under control.

Start the big box store fire simulation video above. You will be prompted to pause the video and give a radio report at several key points.

The first radio transmission you will provide is a standard size-up report. This radio report should include the following elements:

You will be prompted to pause the video and make an assignment when additional units report on scene. Practice giving assignments using the Task, Location, Objective (TLO) format. An example assignment might be: “Ladder 1 pull a second handline from Engine 1 (task), go to the first floor (location), get an “all clear” and check for fire extension (objective).”

Formulate Conditions, Actions, Needs (C.A.N.) reports for the assigned units based on the visible conditions and information provide when prompted to do so.

Finally, have Battalion 1 give an assignment to Engine 3 using the TLO format based on the C.A.N. reports from the assigned units.

The most effective way to use the simulation is to get feedback regarding your performance (have an experienced officer or colleague critique your radio reports) and run through the simulation again, incorporating the feedback.

Ted Nee is a 36-year veteran of the fire and emergency services. He joined the Albuquerque (NM) Fire Depart­ment (AFD) in 1983. He retired from the AFD at the rank of deputy chief. After his service with the AFD Ted served as the lead command instructor and command training center coordinator for the Emergency Response Organization at Sandia National Labs in Albuquerque for nine years. Ted is a Blue Card Command type IV and V Incident Commander and a Blue Card Command Instructor. Ted is currently teaching Fire Studio 6 Essentials and Advance Simulation Concepts workshops across North America. Ted is the co-author of the Fire Engineering DVD “Fire Dynamics” along with Dan Madrzykowski of the Underwriters Laboratories Firefighter Safety Institute and Lieutenant John Ceriello of the Fire Department of New York.