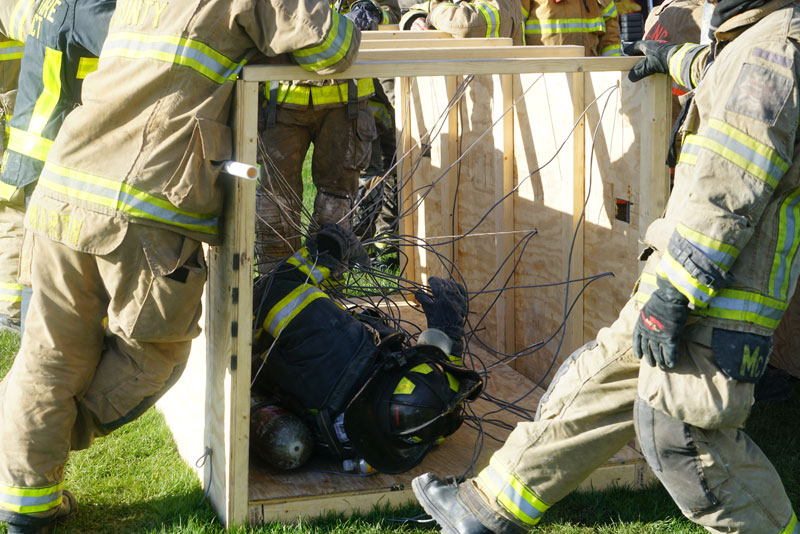 Above photo by Tony Greco

“We’ll teach you the book way to pass the test, then you’ll learn the Real World-way once you’re on the street.” Who’s heard it? I know I have. Who’s said it? I shake my head as I reluctantly put my other hand up as well. Where does the systematic breakdown of true fire service fundamentals occur? More importantly, why is it continuously handed down to the next generation of firefighters like a re-gifted box of tube socks? In a culture that so adamantly wears bravado-laden phrases like “duty,’ “honor,” and “courage” on their sleeves, are we really displaying any of these when we train our future by checking the bare-minimum boxes?

What makes a great instructor? Surely this is a loaded question. Depending on the nature of the material and the capacity of the students, this can vary widely. Some attributes include an ability to develop a lesson plan, public speaking skills, patience…the list goes on. I personally believe that one of the most valuable traits of an instructor is the ability to augment a curriculum with easily approachable knowledge that will improve students’ ability to think critically and solve problems their own.

It is important to note that national curriculum-based fire education can be a good thing. It establishes a baseline set of skills and abilities for firefighters that are interchangeable across regional and state lines. Every fire jurisdiction has particular nuances specific to that area, so surely developing a curriculum that covers every nook and cranny of the fire service is simply unrealistic. With that being said, it is frustrating and comically fascinating that some of the fundamental skills taught throughout entry-level fire training programs really fail to build a true foundation. There’s much talk these days of safety in the fire service; lets teach firefighters how to use their heads on a fireground when performing critical tasks, and everyone inherently becomes just a little safer.

It is no secret that some of the accredited training manuals seem miss their mark, often having a gross misconception of educational priorities. The current edition of the manual I teach from in two different fire academies seems to spend more time on safely carrying tools than it does on true fireground fundamentals such as forcible entry, search, fire attack, and ventilation. As I flip through the book, the forcible entry job performance requirement (JPR) has more steps on maintaining a pick head axe than it does for conventional forcible entry. To go one step further, the book doesn’t even attempt to discuss the widely-accepted “Gap, Set, Force” system of conventional forcible entry, and even goes as far as displaying a diagram that is extremely misleading because it is missing important and necessary context, and almost feels like a “discount version” of the FDNY Forcible Entry manual diagram.

Throw Back to Basics: Bailout System

On the Line: Fast and Effective Water

Lets step back and look at one of the single most critical fireground tasks, the primary search. When you went through the academy, how did you learn to search? Crawling around the perimeter of an open floor plan metal or block building, on all fours, swinging the handle of a tool and simultaneously searching for the boot of the firefighter in front of you? My guess would be that there are a lot of reluctant head nods going on. I know that is how I was taught, and it is how at least one book still teaches it. What are we searching for here? Does this develop the fundamental skill set, or even really begin to develop an outline to build off of? Or does it teach firefighters inadequate, unrealistic (and likely unsafe) muscle memory? I challenge you to show me where, in the training manual we use, it discusses checking up high for a bunk bed, orienting yourself to the structure using tactile clues like change in floor material, or identifying target search areas through knowledge of building construction and residential floor plan layout. You won’t find these items because they are not there.

During my upbringing in the volunteer fire service, I can honestly think of more times we trained on “search and rescue” by following an uncharged hoseline, usually inundated with whatever station furniture could be thrown across our path, than we did on actual structural search and rescue. While this is certainly a valuable skill set to have, should it be prioritized over true oriented search techniques? The late great Andy Fredericks pointed out “If you put the fire out right in the first place, you won’t have to jump out the window.” If we spend more time on teaching firefighters to think critically through the fundamentals, perhaps we won’t need to spend quite as much time on teaching them to get out in an emergency.

My own training failure stands out and I carry it with me every day I put my gear on the rig. I came to my career fire department academy with a whopping four years of prior volunteer experience and just enough true working fires to maybe need to borrow one more hand to count. Naturally I was a subject matter expert on all things fire service. Our academy training cadre had the presence of mind to provide a condemned structure, with borderline hoarder-like conditions, for one of our search days. Gung ho and ready to conquer the world, I lead my search team like the proverbial bull in a china shop; due to the blacked-out SCBA masks, quite literally, the blind leading the blind. I reached a point that stepped down several inches onto creaky, spongy wood, which I believed to be rotted-out crawl-space access. I communicated to my team “the floor is no good, back out” and we continued on. Wouldn’t you know that was where our lieutenant was hiding, waiting to be found. What I mistook as a no-good step to a basement was in reality just an under-stair utility access, and the floor was fine. Had I sounded a little harder and swept just a little further, we would’ve found our trapped victim. Instead I failed my team and more importantly, I failed that victim that may have just watched us leave them there. I will never forget that lesson as long as I still step into bunker boots.

Did that mistake make me incompetent? I personally don’t think so. What it did do, however, was expose a very clear lapse in my previous training that I had never identified because it was never tested. Thank heavens it was identified in training and not on the fireground. How many places would this go unidentified because it was never drilled into firefighters’ minds in the first place? We shouldn’t have to re-teach our firefighters when they come out of the academy. To me that indicates a failure to adequately teach to begin with.

I am a firm believer that we are living in the golden age of fire service information. What other time in history did you see regional fire training conferences breaking out like a rash, dotting the country with contingents of people dedicated to owning the craft? I can go onto social media and in a message, pick the brain of some of the nation’s most influential fire service mentors, many of whom are as approachable as they are knowledgeable and experienced. There are so many incredible classes going on that harp on ultra-developing the fundamentals. But let’s all be honest, the people attending these classes or asking these tough questions probably aren’t the people that need to be involved in the conversation. In a career field where rarely any information is proprietary anymore, and the time-tested fundamentals that are fireground proven continue to re-emerge, how is our entry level training culture still missing the boat? If you are going to train firefighters on search and rescue, train them on search and rescue! Put those firefighters in a house, with 32-inch hallways laden with garbage and random doo-dads. Train them to search a 8×10 foot bedroom with three mattresses crammed on the floor covered in piles of clothes and toys. That is reality! You simply won’t develop the muscle memory to sweep the bathtub when all you have ever trained to search in is a wide-open metal building. Even worse, these critical steps are mere footnotes in the book! Why is armpit nozzle syndrome still a thing when we are so exposed to the teachings of real-world functional body and nozzle positioning? Worse yet, why do some training manuals continue to teach penciling as a safe form of gas cooling and in the same paragraph state that too much water application will lead to excessive thermal imbalance even as science says otherwise! I can almost guarantee that every new recruit in the country learns very quickly that you always wear your utility gloves and eye protection when you are wiping your tools down, and yet we allow them to graduate with a lackluster ability to effectively operate as an engine company. This breeds lackluster engine companies!

Ask yourself: if you had someone coming to rescue your family on the textbook fundamentals alone, how confident are you in their capabilities? Is this any fault of their own? Probably not, especially as a rookie. How about the instructor? That could go either way depending on if you have someone willing to go the extra mile, or if you have someone who simply wants to check the skill boxes so they can catch Monday night kickoff. The unfortunate reality of that ultimatum is that you will inevitably have those content with the bare minimum. As long as the fire service continues to publish training manuals with bare-minimum expectations, you will always have bare-minimum firefighters in some corner of the country. The cold hard reality of the conundrum is that aggressive firefighting practices are “killing firefighters” not because our fireground is inherently more dangerous, but because as a training culture we are systematically doing a really poor job at developing well-trained aggressive firefighters. 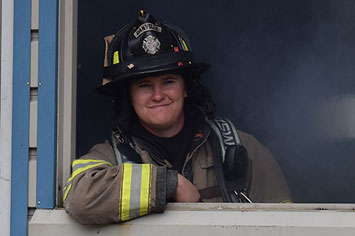 Matt Adkins has been a member of the fire/emergency services in various capacities since 2011. He was a volunteer firefighter in Pennsylvania and now serves as a career firefighter in Danville, Virginia, where he is assigned to Engine 5 and the technical rescue team. He also volunteers with the Bedford (VA) Fire Department. Matt holds Instructor 2 through the Virginia Department of Fire Programs and has taught multiple fire academies for both county volunteers as well as city recruits. He is a founding member and co-owner of Full Alarm Fire Training, LLC.