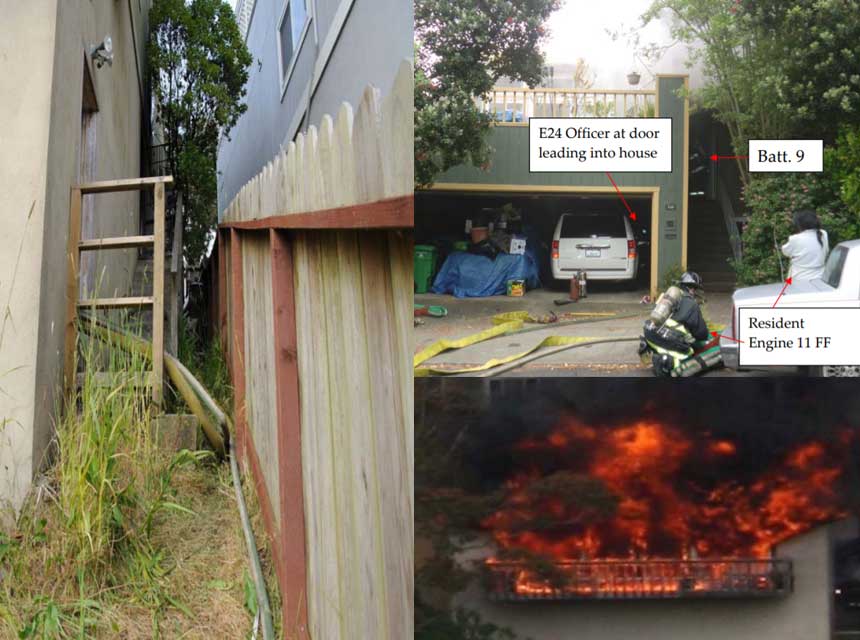 Over the years, June has seen several firefighter line-of-duty-deaths in basement fires.  This month we remember two incidents:  a heroic captain lost in New York City and two San Francisco firefighters killed in the flow path.

On June 3, 1999, New York City firefighters were sent for a fire in a detached dwelling.  They found a fire in the basement with pack-rat conditions. As Captain Fowler and Rookie Firefighter Torns were searching for the seat of the fire, they encountered a collapse of the floor above and they were running out of air.  Captain Fowler ordered everyone out of the basement. During their exit, the two become separated and the captain ran out of air. Firefighter Torns was able to locate Fowler and give him some air. Captain Fowler transmitted a Mayday call before losing consciousness. Torns tried in vain to remove Fowler from the basement. Rescuers arrived but it took a long time to remove the cptain from the basement. He succumbed to his injuries the next day.  You can read more about this fire here.

On June 5, 2011, San Francisco firefighters found what seemed like a routine fire in the basement of a single-family dwelling. Engine 26, with three members, was the first to arrive  As Lieutenant Perez and Firefighter-Paramedic Valerio were descending the steps with their attack line, the windows on the basement level broke, turning the ventilation-limited fire into an inferno and sending a wave of heat up the steps. Both firefighters were caught in the flow path. Investigation of this fire estimated temperatures in the stairwell to be about 1000°F and heat was moving at close to 20 mph. These conditions are not survivable, even in turnout gear. Lieutenant Perez and Firefighter-Paramedic Valerio died due to complications with internal and external thermal injuries. You can read more about their sacrifice here.

Firefighters all over the country go to basement fires. I am sure a fire department somewhere is fighting a basement fire as you read this. They will more than likely extinguish the fire without incident or injury. Then, why are basement fires a more dangerous scenario for firefighters? It may be the lack of understanding of the risks associated with basements and how to manage them.  Recently, the International Society of Fire Service Instructors (ISFSI) and the UL Firefighter Safety Research Institute (UL FSRI) teamed up to study basement fires.  The research produced this report.

A video of the synopsis is above (ISFSI and ULFSRI apologize for the ugly narrator.) The hope is that firefighters will use this information to help manage the risks associated with basement fires. Please take a look at the report and video.

This month’s skill/drill is to read the reports and watch the videos. As we continue to adjust activities during this pandemic, keep your crew safe and read and watch about basement fires. Get ready for your next fire. Thanks for visiting and see you in July.

Mayday Monday: Lucky to Have a Plan?