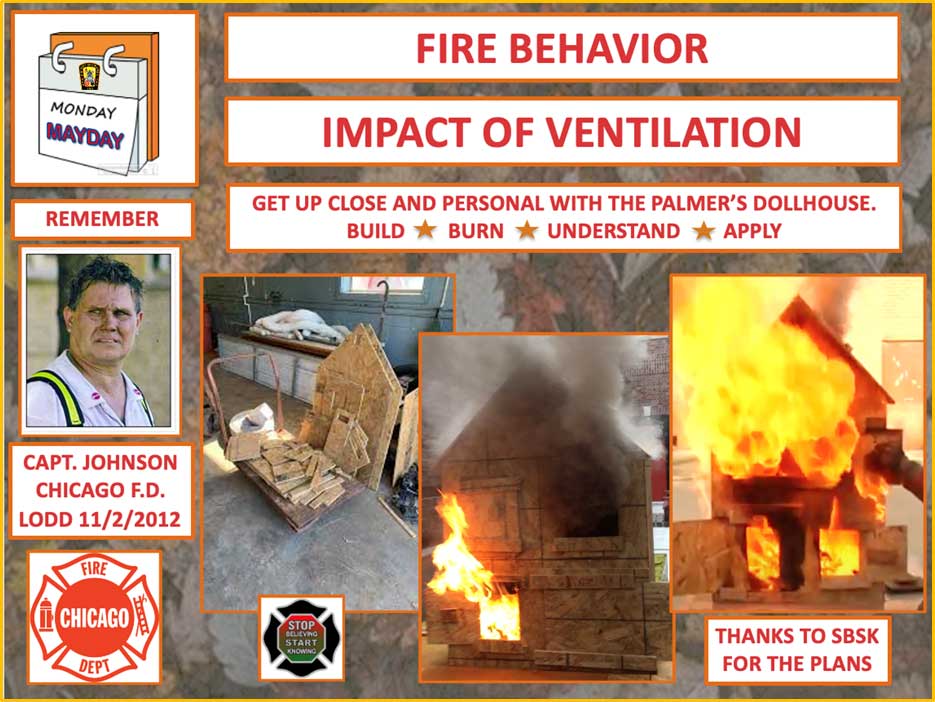 This Mayday Monday post begins the seventh year of these firefighter survival messages and training.  Thanks for your support!  Exciting news: in addition to the usual written media, this month you will find a Mayday Monday podcast brought to you from Fire Engineering Magazine and the great people at Clarion Events Fire & Rescue Group.  You can watch that video in the player below.

November 2 marked the eighth anniversary of a fire that took the life of Captain Herbie Johnson, a 33-year veteran of the Chicago (IL) Fire Department. Units responded to the neighborhood on a “smoke in the area” run and found a house on fire. Captain Johnson and his engine company, E-123, were stretching an attack line onto the second floor of a typical Chicagoland 2½-story single-family dwelling when conditions changed. The hallway where the captain was operating quickly became filled with fire gases and heat after a door to the fire-involved stairwell failed. Temperatures went from 70°F to upwards of 500°F in seconds. Here is a link to the NIOSH report. In addition to the NIOSH report, NIST recreated the fire with its Fire Dynamics Simulator (FDS).  You can find a video of the FDS below.

Thanks to UL FSRI for the explanations.

It’s great to watch a video and read reports, but we want to reinforce the information with hands-on practical evolutions.  This month’s skill/drill is to build a training prop and get up close and personal with fire behavior.  Thanks to our friends at Stop Believing and Start Knowing, here are the plans to build and burn a Palmer’s Dollhouse.

Here’s your chance to show off your carpenter skills. Now, get to work!  Don’t forget to send pictures of you and your crew(s) performing the Mayday Monday skill/drill. Send to mayday.monday@dc.gov !!

In Case You Missed It: December 2015 Fire Engineering Features