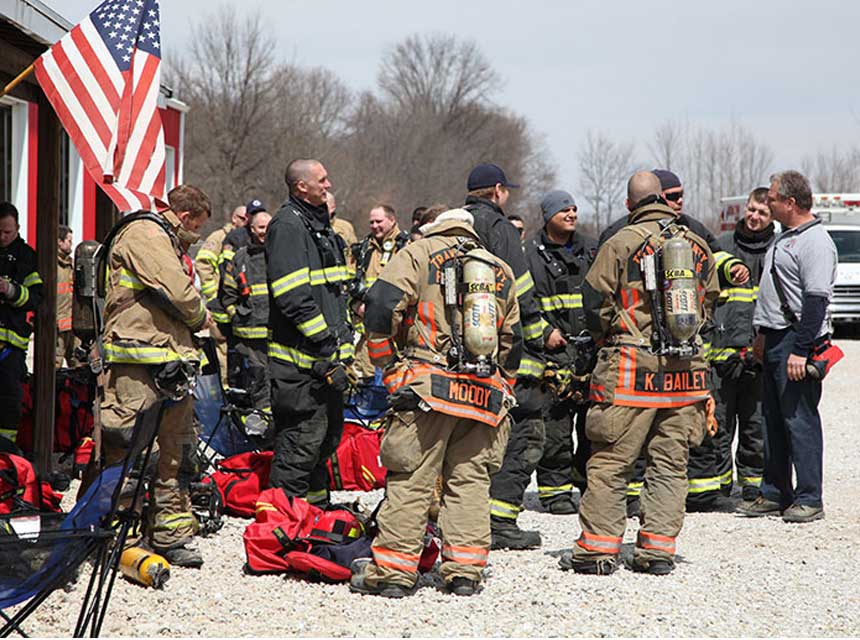 When firefighters are in recruit class learning to become firefighters, they are taught by different instructors from many different fire departments. Each instructor works full-time for a local fire department and has a unique way of doing certain tasks, depending on how that instructor was taught or shown. Even with a performance standard for a state test, there are still little techniques and tricks to help a firefighter do it better. One negative effect of teaching minimum standards is that the student is taught to take a test. This has hurt the fire service as a whole; today’s firefighters only want to know what they need to pass the final test. Some fire academies will go above and beyond and teach the performance objectives and give real-world scenarios to help the student prepare for what it will be like when they get hired. But for the most part, they receive the tools and the know-how to perform a task for a check-off. Fire school instructors teach the skills and the how-to-do certain things. We need to add to this and teach the why-we-do-this. Firefighters who know why we do what we do will ultimately become better firefighters.

The Fire Academy Instructor: Characteristics of a Good Educator

Basic Fire School: A Teaching Tool for Probies and Veterans

Our teaching and learning goal must be knowing why we do what we do. We shouldn’t teach the recruits to be robots. One of the worst responses to the often-heard firefighter question, “Why do we do that?” is “That’s how we’ve always done it.” We should never accept this! Our mission should be to know why we do things certain ways. For example, why do we teach recruits to hook up to a fire department connection on the left side first? Some firefighters cannot answer this. Here is the why: On very old systems in buildings, the right side may be the only clappered connection, so if you are only connecting one hose, connect to the left.

Our goal as students and instructors is to learn and teach the why. When it comes to the skills that we are teaching in recruit school, there are many different ways to accomplish the same task. Learn as many as you can and be prepared to use them. When Plan A doesn’t work, move on to Plan B. So, which way will work best for the recruit? Whose way is the best?

When you as a recruit finish school and a fire department hires you, you will more than likely receive an orientation of sorts, be issued your uniforms and gear, and be shown the skills many learned in recruit school. The difference here is that you will learn the fire department’s way of doing tasks, led by one person or a group of personnel who will mentor and show you how to perform things “their” way. Along the way the you will meet and train with many other fire department members, learning even more ways of performing the tasks that we have to perform each day. The orientation may be a few days long or several weeks of intense training, sometimes culminating with live-burn evolutions. After completing orientation, you are no longer a recruit, but a probationary firefighter or a probie, and have graduated to the next level. But with all this new information just received, which way is the best?

When you enter the assigned firehouse as a probie, you will meet your crew in taking that next step; it is as if you are starting all over, learning more ways to do the daily tasks and the ways your particular company officer wants his crew to do certain tasks on the fireground. The officer will show you the easy ways to accomplish the tasks and the shortcuts that are allowed. You will live with this new family and become part of the crew. But here again, whose way will resonate with you? What should the probie take from each mentor along the journey? Whose way is the best?

Once you clear the probationary period and begin to serve some time in the department, the next step is to prepare for promotion and the journey up the ranks. This journey isn’t for everyone; some very knowledgeable firefighters may stay in their rank for their entire career and that is fine. Every fire department needs solid firefighters and not everyone wants to get promoted; some are happy where they are. But for those who want make the journey up the ranks, you will seek out certain individuals you trust or respect for advice. By now, you have made solid relationships and have gained respect for your senior members. You are looking for any information to get better and have a leg up. In doing this you may seek out several different members and ask their opinions and ways of doing the tasks involved with taking promotional exams. Each firefighter looks at the promotional exam differently and remembers different parts of the exam. When seeking advice on taking exams, getting many different views helps. Whose way will work the best and move you along the path to promotion? Whose way is the best?

When firefighters like you want to broaden their knowledge and learn more ways to do certain tasks than just what the department trains on, they seek this knowledge by attending fire training conferences. Many different fire conferences occur across the country and throughout the year. They have hands-on-training (HOT) classes that show just about every possible way to remove victims, force doors, throw ladders, advance hose, and the list goes on. When attending these fire conferences, you will be taught by some of the best fire service instructors in the United States. Which fire conference should you go to? Where will you learn the most? Whose way is the best? This is the decision you have to make. Find the fire conference that you can afford, get to easily, or that your department will send you to. But, whatever you do, go to these fire conferences, not just for the training but for the experience. You will learn so much more than firefighting at every conference you attend. The networking and fellowship you experience will be like nothing you’ve ever seen. You will solve the world’s problems in just one night with your newfound firefighter friends. There is a reason that fire conferences are popping up all over the country. It is because firefighters like you want to learn, train, advance hose, search, throw ladders, and so much more with firefighters from around the region. They are getting so much more than just training and working with their own crews. The people who provide these fire conferences have a passion to pass information along. So, which fire conference is the best? Every fire conference teaches different ways of functioning on the fireground. Every fire conference is distinct and full of passionate instructors who want to pass on their knowledge. With all of this being said, whose way is the best?

Whose Way is the Best? Your Way

As the Orlando Fire Conference finishes its 19th year, I will be looking out for the best in the business to bring to the 20th year. What a milestone! Twenty years of equipping firefighters to be the best they can be. Our goal is to make sure firefighters find a way to get it done. It doesn’t matter which way they use, as long as they are doing the job of putting others first and doing what it takes to make that “grab” or extinguish that fire. Find your way and make it the best way.

Whose way is the best? It is YOUR WAY. Whatever way you want it to be, make YOUR WAY the best way. It is your decision to figure out the way that works best for you and that you can make your own. Take a piece from everyone who advised you throughout your career and perfect it in your own way. Firefighting is “The Best Job in the World!” Anyone working in the fire service will tell you this. What makes it so great is the versatility and differences that we all have. There are literally many ways to do just about everything we do in firefighting, from stretching and advancing hoselines to to victim packaging and removal. Firefighters are always trying to better themselves by trying new techniques and ideas. Some work well, others may not. Learn what works best for you and your department. The Fire Department of New York’s way may not work for your department, but you can adapt it and make a few changes to make it work for you. The way Los Angeles Fire Department fights fire may not work for your department but I guarantee some part of it will. Find YOUR WAY and perfect it.

Never stop learning, training, and making yourself better. Every day should be training day! Every day in your career, you should train on something. You don’t have to pull a bunch of hose or throw ladders, just pick up a piece of equipment and refresh on it. When a firefighter thinks he has learned all he can learn or doesn’t want to train anymore, it’s time to retire. Retirement has been described as Heaven. It should be every firefighter’s goal to reach Heaven.

The Stairway to Heaven

The firefighting profession can be described as a stairway to Heaven. When you decide to become a firefighter, you take that first step up the stairway. When you apply to fire school and get accepted, you have taken that first step up the stairway. When you complete your schooling and graduate from recruit class, that’s the next step up. Now on to take that dreaded state test! Once you successfully complete this, you’ve take that next step. After this, you start applying for that first job…another step up the stairway. Once you’re on that first job as a firefighter, another step up. If you take that first job, but ultimately want to work for a specific fire department, you will work toward that move. This too can be a step up the stairway. Progressing through your career, each year is a step up. Every promotion can also be seen as a step up; you are that much closer to Heaven. When you finish your career, you have taken that final step up and reached Heaven. This profession is very dangerous; you never know if your last call is just around the corner. For you who make that final step up and reach the top, you can be satisfied with the job you have done; you have made it through a career that many do not. Reaching the end of a firefighting career is a lofty goal, one that is envied by all. Let us all have this goal: take that final step into retirement and relax, because you have reached Heaven. 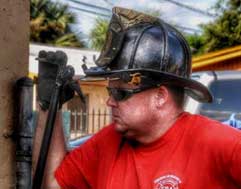 STEVEN NEGEDLY is a 17-year member of the Orlando (FL) Fire Department and a lieutenant assigned to Engine Company #16 B-Shift in the Lake Nona district. He has been in the fire service for 23 years. He is the program manager for the driver-operator classes at Valencia College and Seminole State College and the director of the Orlando Fire Conference.