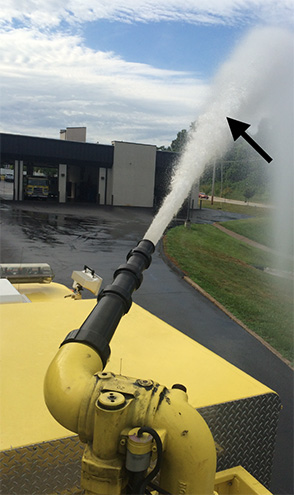 Nearly every engine company in service today has a deck gun or fixed monitor. When used properly, these devices allow for the quick flow of large amounts of water.

Like any tactic, the key is the proper execution only comes with effective training. I have often heard a member say during a tabletop exercise, “I would quickly deploy my deck gun, making a knockout of the fire.” After hearing this, I reflected and thought, “Has his crew ever practiced that and if so, how quickly can they really make this tactic happen?”

Like most things today, deck guns are becoming automated, operated by a remote control or pump panel-based controls. Although this is optional, it is not optimal to have the pump operator take these controls. In some short-staff situations, this may have to be the reality, but placing a firefighter at the nozzle with the remote control further allows for direction of the flow, allowing crews to have their eyes on both the building and the deck gun from the actual application perspective. This is no different than having a firefighter at the tip of a ladder pipe. Again, this is not always possible, but it is something to consider when you are designing your next apparatus. 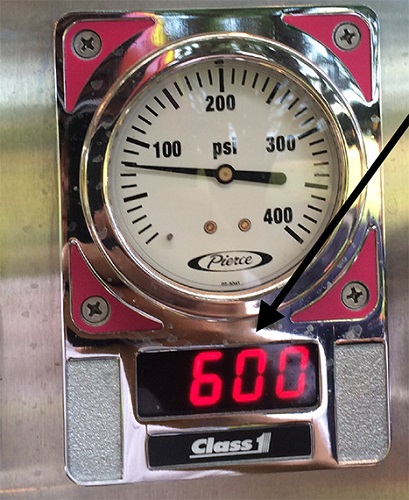 Many consider deck gun operations strictly defensive; this could not be further from the truth. The ability to drop 600+ gallons of water onto a well-progressed fire can slow if not completely knock out the fire.

When contemplating deck gun operations, you will likely empty your booster tank in one shot. However, this is meant to be one very effective shot. If the gun is big enough, it only takes one shot (and for the fire service, there is no gun bigger than the deck gun).

You must be comfortable with the operation, knowing that the delivery of water will be precise and perfect. This will only come with frequent practice. Fortunately, deck gun practice is simple: Establish a water supply and practice deploying it to different positions or targets. You can also incorporate pump training into the scenario for those interested in filling in for an engineer.

Take some time and practice using your deck gun so, when the time comes, you can be confident in its execution.

Download this training bulletin as a PDF HERE (4.3 MB)

is a 15-year student of the fire service and the Captain-Training Officer with the Metro West Fire Protection District. Zaitz is also an instructor with Engine House Training, LLC , an instructor at the St. Louis County Fire Academy, and the Board of Director with the International Society of Fire Service Instructors. He has several degrees including an associates in paramedic technology, a bachelor’s in fire science management, and master’s in human resource development. Zaitz is also a credentialed chief training officer through the Center for Public Safety Excellence as well as a student of the National Fire Academy’s Executive Fire Officer Program.

MORE THROW BACK TO BASICS

Your Last Breath: Strategies for Success

Throw Back to Basics: SCBA Confidence