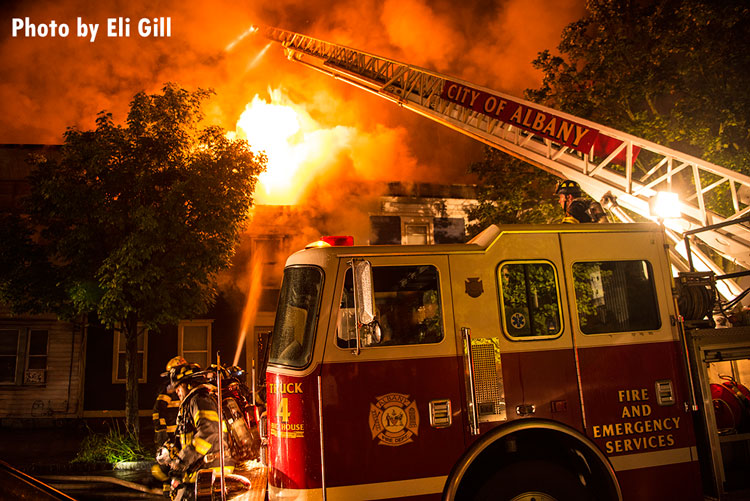 Eli Gill has some photos from a July two-alarm fire that swept through several row houses in Albany, New York.

The fire took place on July 17 and occurred as an intense lightning storm was taking place. Members of the Albany, Troy, and Watervliet Fire Departments worked for several hours to bring the fire under control. No serious injuries were reported.