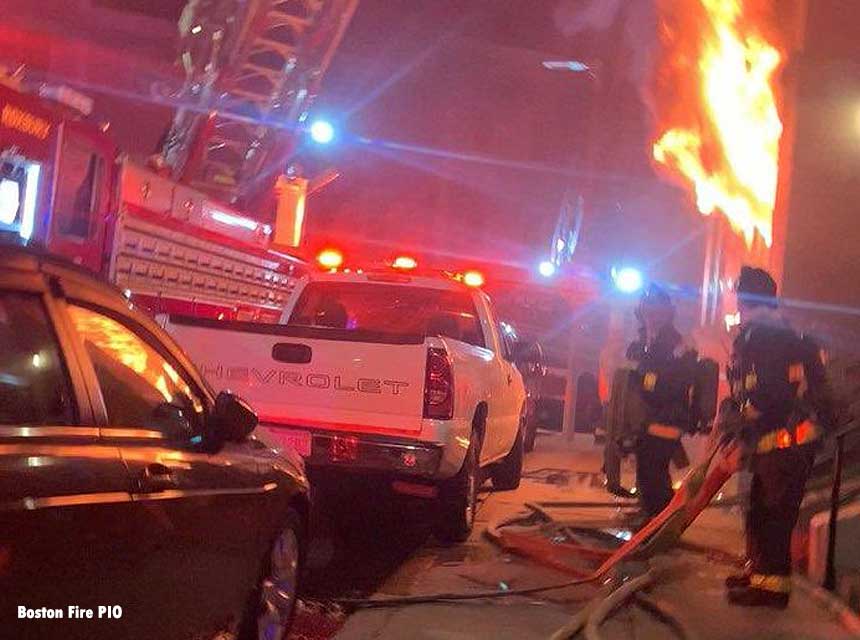 A fire that broke out at an apartment building in Boston early Wednesday displaced a dozen-plus residents, injured a firefighter and caused more than $100,000 in estimated damages, according to officials.

The blaze at the three-story brick building at 4 Forest St. in Roxbury was reported around 1 a.m. Smoke was showing from the first floor of the complex, which was occupied, the Boston Fire Department said in a series of tweets.

A second alarm was eventually ordered for the fire, according to the department.

Firefighters dealt with multiple issues while battling the two-alarm blaze, including bars on the windows of the building and icy conditions, according to the department.

The department tweeted shortly after 1:20 a.m., though, the heavy fire on the first and second floors was extinguished.

Fifteen people, including eight children, were displaced, and a firefighter was taken to the hospital by Boston EMS for minor injuries, according to authorities.

The fire resulted in an estimated $150,000 worth of damages, officials noted.

Authorities have yet to say what caused the blaze.