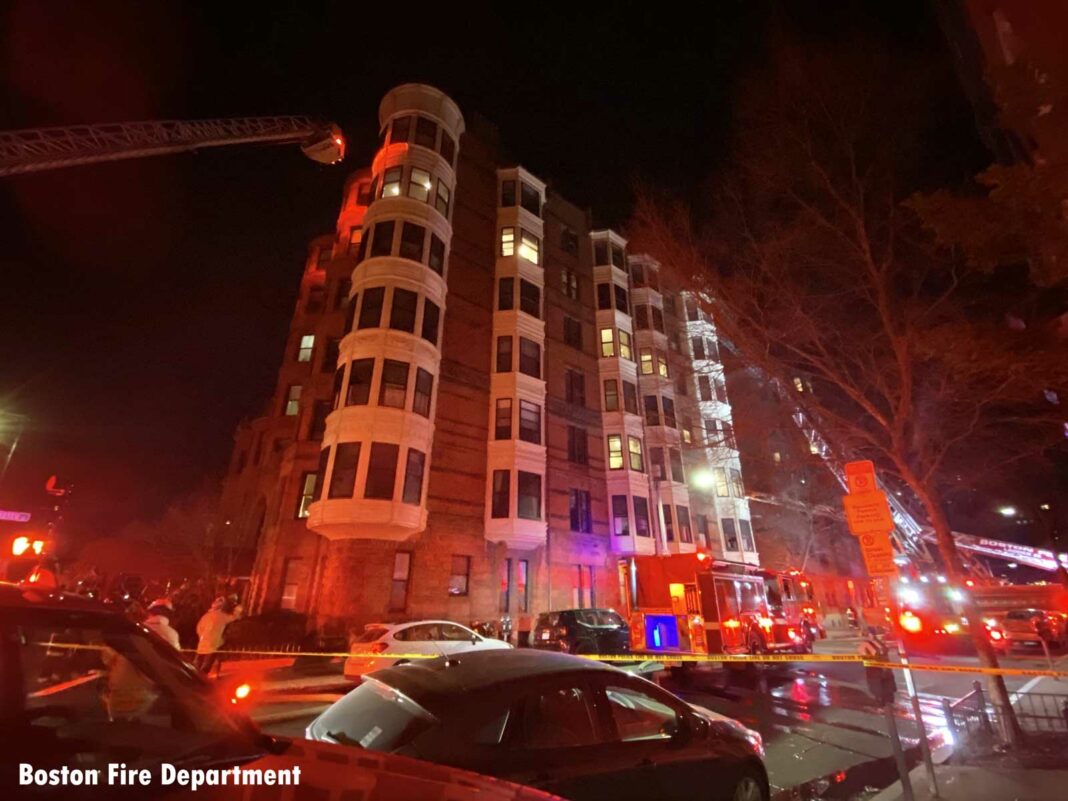 Boston (MA) firefighters responded Sunday evening to a fire that displaced several residents, according to the department’s social media account.

At approximately 10:15 p.m., companies responded to a fire at 295-297 Beacon St. The fire was in the basement and traveled in the walls to the third floor of the building, promping a second alarm response.

Crews had the fire knocked down at around 10:49 p.m. The fire displaced nine people and caused approximately $150K in damage, according to Boston Fire’s Twitter account.