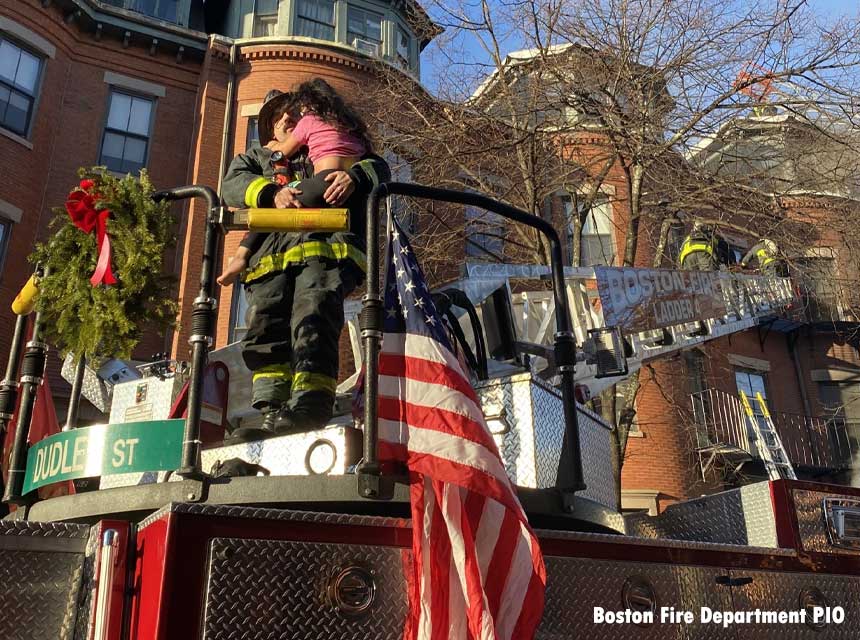 Two children and a woman were rescued from the top of a multiple-story Boston apartment building that caught fire Wednesday morning, displacing several people as well as a few pets, authorities said.

The heavy fire broke out at the four-story brick building at 68 West Newton St. around 8:05 a.m., according to a series of tweets from the Boston Fire Department. A second alarm was eventually sounded.

Firefighters were able to extinguish the fire in the South End neighborhood after rescuing the three individuals from the top-floor balcony, the department said.

In a photograph posted to the department’s Twitter account Wednesday morning, a firefighter can be seen holding one of the rescued children. A Christmas wreath and an American flag hang from the firetruck.

The fire displace eight people in total, including the two children, as well as two turtles, a cat and a dog. Not all of pets survived the fire, according to the department.

No firefighters were injured, authorities said.

“A great team save by the members of Ladder 4,” the department tweeted. “Working together for a positive outcome.”