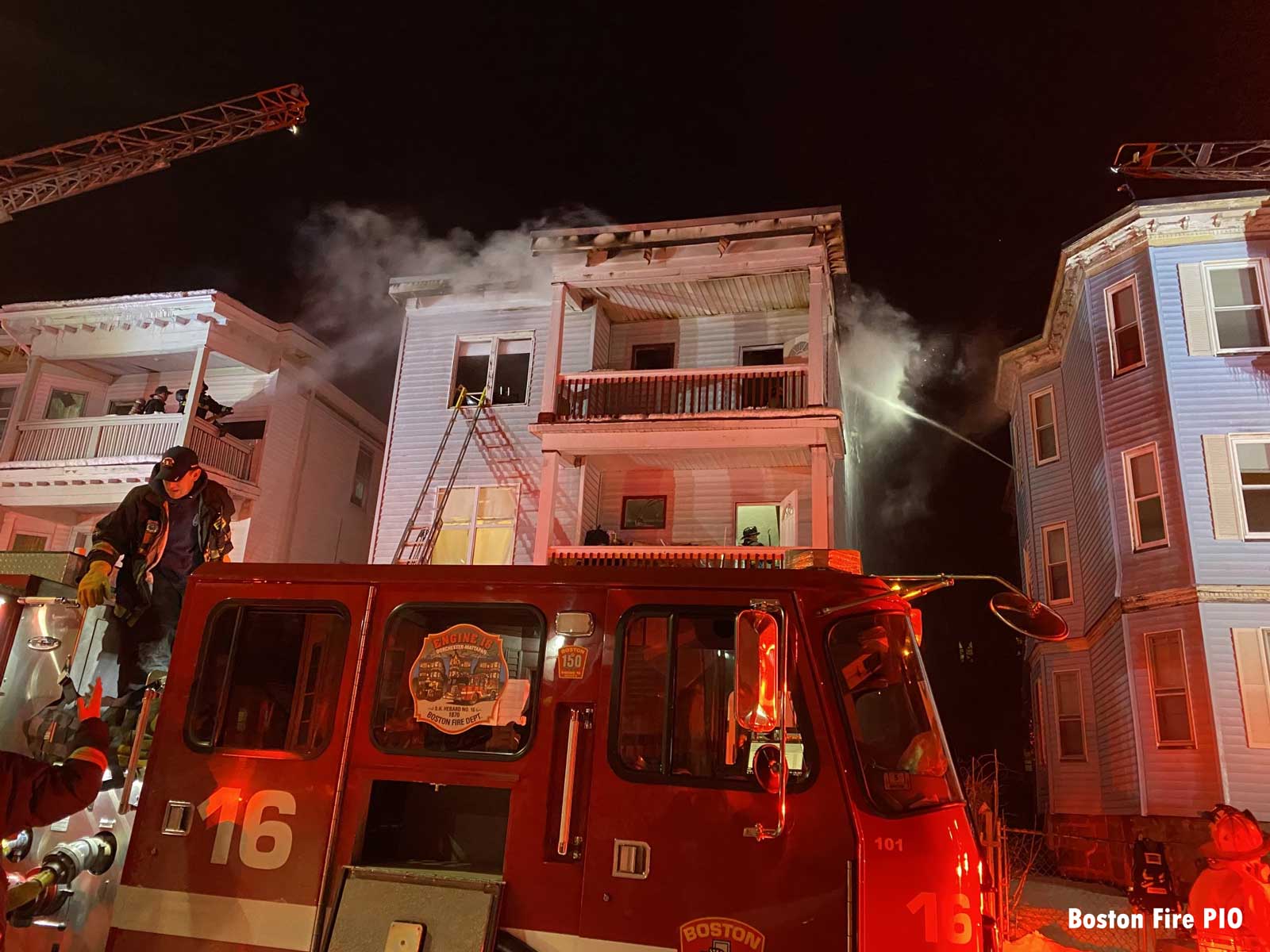 Boston (MA) firefighters responded last night to a fire that went to three alarms in the Mattapan neighborhood of the city.

According to the department’s Twitter account, there were no injuries but 16 adults and six children were displaced in the fire at 47 Woolson Street. Firefighters operated in extreme cold temperatures, and photos from the department showed icicles developing on the ground ladders firefighters used on scene.

Crews had heavy fire on the second and third rear porches of the dwelling with fire through the roof. Companies attacked the fire from the adjacent buildings 43 and 49 to stop the fire from spreading.