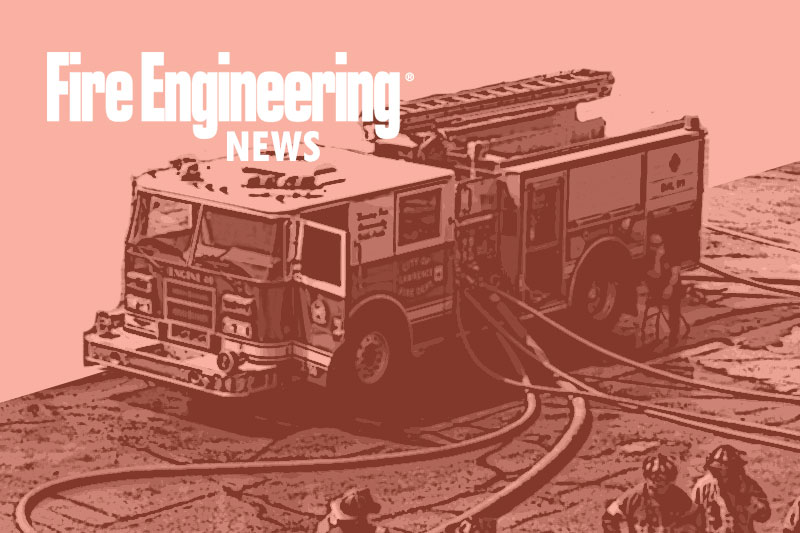 Sep. 11—Every now and then, Brookline firefighter Peter Moyer finds himself in a situation familiar to siblings the world over: someone mistakenly calls him by his brother’s name.

Years ago, after knocking down a house fire, Moyer returned to the firehouse and chatted with an officer who knew his brother, Brookline High School graduate Manuel Del Valle Jr.

“He called me ‘Manny,’ briefly, and then he corrected himself. He said, ‘Manny would be proud,'” Moyer recalled Saturday. “I went to the bathroom and I cried.”

Del Valle was among 344 firefighters who lost their lives 20 years ago, in the Sept. 11, 2001 terrorist attacks. The New York City firefighter had just finished a shift and was called back to duty when hijacked planes hit the World Trade Center. He was separated from his company while trying to rescue someone from the North Tower, which collapsed soon after.

“I’ve lived the last 20 years in many ways trying to live up to my brother,” Moyer added.

Remembering the victims of 9/11, especially first responders who ran toward danger to help others, ensures “that they live in our hearts, and they live there with love,” Select Board member Bernard Greene said.

The number of people who died on Sept. 11 does not fully reflect the attacks’ impact, Deputy Police Superintendent Jen Paster said, noting those who have since lost their lives to 9/11-related sickness, injury or mental illness. Paster spoke of the psychological impact traumatic events can have on first responders, including public safety dispatchers.

“Many of the New York City dispatchers were the last people to hear those firefighters and police officers alive, and in many cases, they were people they knew,” she said.

Studying abroad in Dublin at the time, state Rep. Tommy Vitolo was alone when he heard of the attacks.

He was out for a meditative walk a couple days later when all the cars on the road gradually came to a stop, drivers and passengers getting out and standing in the street. On the radio, a broadcaster explained that Ireland had declared Sept. 14 a national day of mourning.

In the street, the crowd observed a moment of silence together. Afterward, “The Star-Spangled Banner” played over the radio.

There were many lessons to come out of one of America’s darkest days, said state Rep. Nika Elugardo.

“We learned a lot, not only from the events of Sept. 11, but also from the sacrifice of all of those who we honor today,” she said. “We learned to love; we learned to live differently.”

“Every day, I think of my brother,” she said.

In prerecorded remarks, Hoban explained how over the years, she taught her eighth grade students about the attacks, to ensure they would never forget. She urged the community to honor victims’ memories by doing an act of kindness or an act of service.

With no remains for John Cahill’s family to bury, Hoban said, “I believe that it is the particles in the ozone that make the beautiful colors of the sunset.”

If, on the 20th anniversary of 9/11, the sky lights up in brilliant colors, “Please say ‘hi’ to my brother John in the sunset,” she asked.