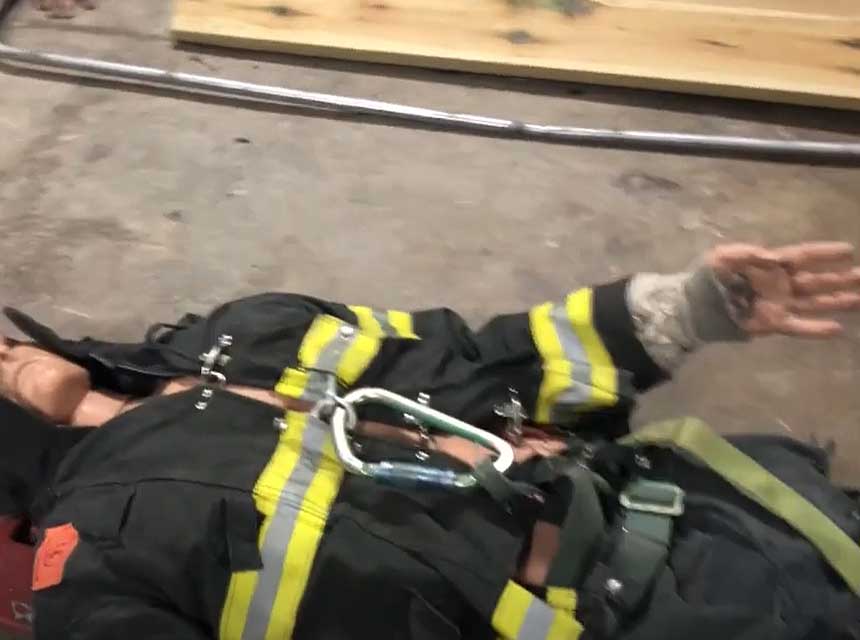 In a previous “back page,” I discussed the terms “always” and “never” as they relate to tactics performed on the fireground. In many instances, we’ve had to bend the rules to accomplish our job and save a life, despite the “Always do this” or “Never do that” mantra. No matter how well you know your department’s procedures, somewhere along the line you’re going to face a moment where you must weigh what you’re up against and choose an action. Hopefully, through past training and experiences, you make the right decision to accomplish the goal.

Responding to incidents as the rapid intervention team (RIT), members should know their assigned positions and their tool complement. Many times, units will carry a Stokes basket loaded with tools and equipment to the scene. Arriving at a fire-resistive high-rise multiple dwelling, you may require different tools and tactics than you would for a two-story private dwelling fire. Since so many fires may be out of the reach of portable and aerial ladders, the RIT won’t be placing them onto the building.

Some units may prefer to carry a maul to assist in breaching block walls or a metal-handled hook to use as an anchor point when they span the door frame for a roof rope rescue. Often, the RIT is not assigned on the initial alarm, and the equipment must be carried a long way to the scene. So, think about informing the company to leave the basket on the rig and carry our tool complement to the scene because other apparatus with them are closer to the building.

While arriving on the scene at this top-floor residential high-rise job, a firefighter transmitted he was in the back bedroom with two victims and cut off by the fire. Hearing this transmission, we knew we had to act quickly and that we’d most likely be going to the roof of the building to assist in a roof rope rescue. In addition, it was important to detail one member with forcible entry tools to the apartment below to gain entry and clear the window to bring the member and victims onto that floor. It’s important to stress that if directed to do this, always try and remove the window with its quick-release tabs or pry it out of the tracks. Smashing glass outward can sever a tensioned life-saving rope, puncture the Siamese supply hoseline, or make it difficult for units to enter the structure. Plus, glass falling 30 or more floors can cause a severe injury to firefighters and civilians in the areas below.

Hustling into the scene, we reported into the incident commander (IC) for our duties and were given our orders. As we entered the building, there were other awaiting companies in the lobby and some other radio and verbal transmissions that told us Murphy’s Law was trying to pay us a visit. The companies were having water pressure issues on the top floor, only one elevator was working in Firemen’s Service mode, and the roof firefighters were setting up the life-saving rope evolution.

Realizing the rescue company was ahead of us in the lobby, we communicated with them on their company’s deployment to assist the member cut off by the fire in the rear bedroom. Another truck company and engine company (with the high-rise nozzle) were also in the lobby, and with the sound of water running down the elevator shaft, nobody wanted to chance taking one of the other elevators that wasn’t working in Firemen’s Service.

Another radio transmission was received that the elevator was coming down with an unconscious victim. A quick decision was made that we, the RIT, would remove the victim out of the building to awaiting EMS units. When the doors of the elevator opened, we quickly lifted the victim into the Stokes and transported her outside to receive emergency care.

Jogging past the IC, we told him the rescue company was on the way up with the rope to assist with rescue operations. Since this was a large complex, we had to transport the victim a distance down the sidewalk, passing many people videoing with their phones. Lifting the lifeless body onto the stretcher, we noticed her clothes were all twisted and exposing portions of her body, as people in the crowd still felt the need to video the scene.

Showing compassion for the victim, we quickly fixed her clothes, checked for a pulse, and applied oxygen. EMS was also informed that there was still a firefighter with other victims in the apartment and additional medical units were needed on the scene.

As we made our way back to the building, we informed the IC of the victim’s condition and that more medical units were arriving on scene. When we got back into the building, the elevator was arriving and transported us upstairs. Luckily, the water pressure issues had been resolved and the fire was being extinguished. The other units communicated that the rope rescues were standing by.

Exiting the elevator two floors below the fire, we headed to the floor below to ensure the apartment’s windows were ready in case a rope rescue still had to be performed. Plus, this gave us a layout of the apartment in case the RIT had to be deployed inside the fire apartment. In addition, two other conscious victims were sitting against the wall in the hallway. One member escorted them down the evacuation stairwell to the elevator so they could be transported to the EMS units awaiting in the lobby.

Deployment of the RIT to help save a civilian’s life isn’t its primary duty, but in some instances, we’ll have to deviate from our procedures. Weighing the conditions we encountered, our options, and training and experience, we’ll learn how to calculate when to make these life-saving decisions.

MICHAEL N. CIAMPO is a 35-year veteran of the fire service and a lieutenant in the Fire Department of New York. Previously, he served with the District of Columbia Fire Department. He has a bachelor’s degree in fire science from John Jay College of Criminal Justice in New York City. He is the lead instructor for the FDIC International Truck Essentials H.O.T. program. He wrote the Ladders and Ventilation chapters for Fire Engineering’s Handbook for Firefighter I and II (Fire Engineering, 2009) and the Bread and Butter Portable Ladders DVD and is featured in “Training Minutes” truck company videos.