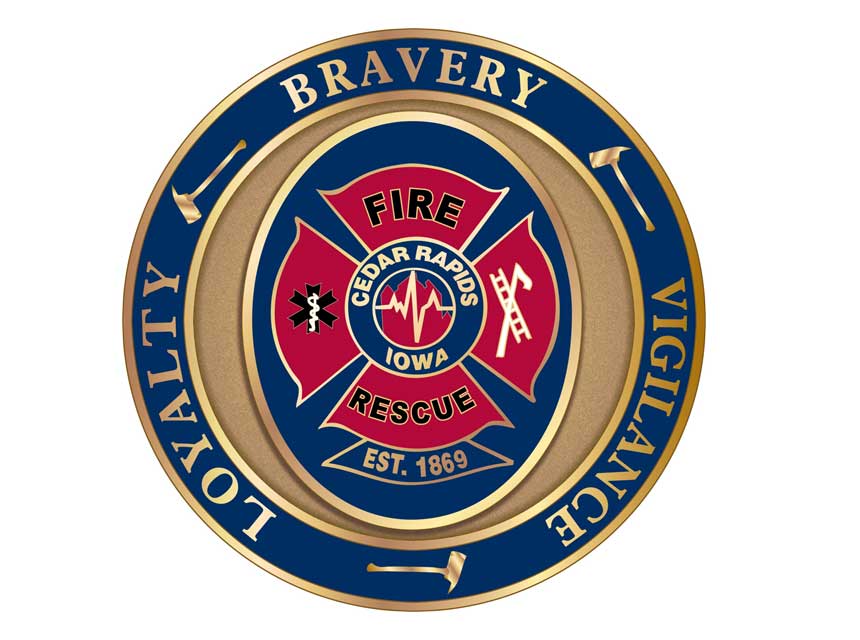 CEDAR RAPIDS — Since the Aug. 10 derecho, Cedar Rapids firefighters have been called to eight fires involving storm debris, all of them intentionally or accidentally set by people.

Firefighters have fielded 429 calls regarding unauthorized burns, according to the Cedar Rapids Fire Department.

Four of the debris fires were reported just after midnight Oct. 17.

The fires were set within a few blocks of each other — the first at C Avenue and 16th Street NE; the second in the 1500 block of C Avenue NE; and the third in the 200 block of 15th Street NE near A Avenue NE.

Buelow said the four fires are believed to have been intentionally set and remain under investigation. No arrests have been made.

The following day, firefighters responded to two more fires, both set within minutes of each other.

The first was reported at 2:53 a.m. near Rockford Road and Wilson Avenue SW. The second was at 3:02 a.m. in the 1000 block of Second Avenue SW. Both involved mattresses and other debris burning near the street.

Those fires also are believed to have been intentionally set, Buelow said, and remain under investigation.

The largest one was at the Tait Cummins Park in the 3000 block of C Street SW, reported shortly before 2 a.m. Nov. 5, where a massive pile of tree debris was fully engulfed in flames.

That fire — covering an area 100-by-175 feet — was contained and left to smolder for several days and burn itself out, under firefighter supervision.

The cause of the fire has not been determined, Buelow said, though it likely involved “a human element.”

The most recent debris fire was reported at 5:45 p.m. Nov. 8 at 265 and 267 11th St. NW where a debris pile was set ablaze between two garages and spread to both structures. The cause of that fire also is under investigation.

In the months after the 2008 flood, firefighters handled dozens of fires, most of them at abandoned houses, Assistant Chief Olesen said.

“The fires that we saw associated with the flood events occurred over a longer period of time, mostly because there were large areas of the community that people simply weren’t in at all,” Olesen said.

“So the flood fires were a lot more about vacant and abandoned single-family dwellings that would really get going, typically late in the night, early in the morning. In areas where there might be a whole block or a whole neighborhood that had been abandoned due to flood damage.”

A majority of those fires, he said, were either accidental or intentional, Olesen said.

This time, after the derecho, the more frequent concern is unauthorized burns — mostly recreational fires or attempts to burn small piles of leaves and other organic matter.

A burn ban still is in effect in Cedar Rapids, mainly because of the number of homes that still have tarps covering holes in a roof.

“If you have a large number of sparks or embers and you have readily flammable material, like a lightweight tarp on your roof, you could have a fire,” Olesen said. “The other thing is that those lightweight tarps, even if they don’t burn, are susceptible to melting.”

A majority of the unauthorized burn calls have involved a recreational fire in someone’s backyard. In those cases, firefighters remind the resident of the burn ban and ask them to extinguish the fire.

“A lot of the calls that we got were initially right after the burn ban was put in place, and people didn’t know that there was a ban in place,” Olesen said. “In those instances, our response is more to educate and ask them to put the fire out.

“And, you know, people have been really good about it,” he said. “I think, for the most part, Cedar Rapids residents understand our concerns and why that burn ban is in place.”

The burn ban, however, does allow the use of liquid petroleum gas and natural gas fire pits.