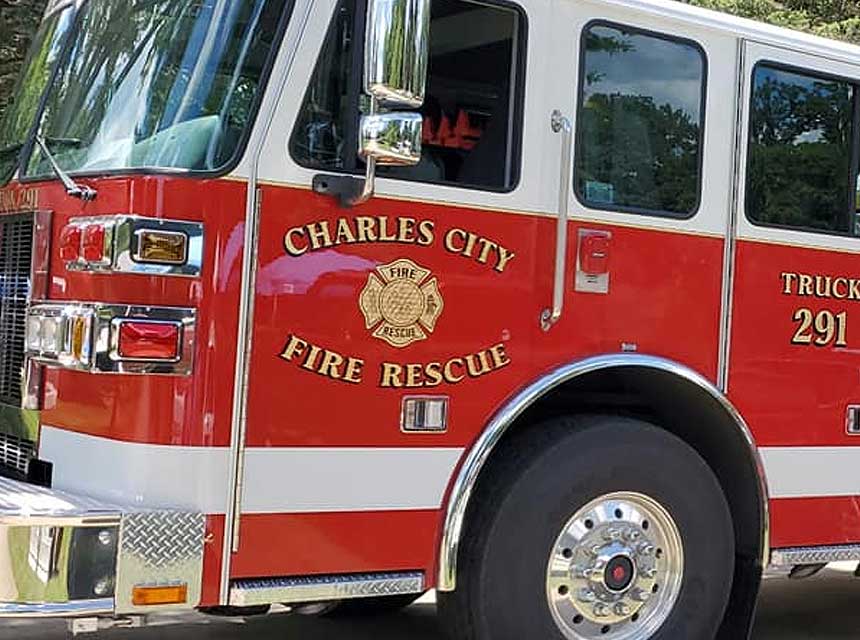 Apr. 6—A Charles City firefighter’s house was set ablaze after it was struck by lightning early Tuesday morning.

At 3:47 a.m., the Charles City Fire Department responded to the fire on Old Highway Road, just Southeast of Charles City.

Fire and smoke were visible from the roof of the house upon their arrival.

“The fire was mostly contained to the attic, with substantial smoke and water damage through the rest of the home,” a press release from the Charles City Fire Department stated.

Residents in the house were able to escape safely, and no injuries to either the residents or the firefighters were reported.

The homeowner is Russell Bornstein, who is a 20-year veteran firefighter of the Charles City Fire Department, the press release said.

Fire departments were back to their stations around 7:30 a.m.

Melanie Mergen is Local News Editor for the Globe Gazette. You can reach her at melanie.mergen@globegazette.com.