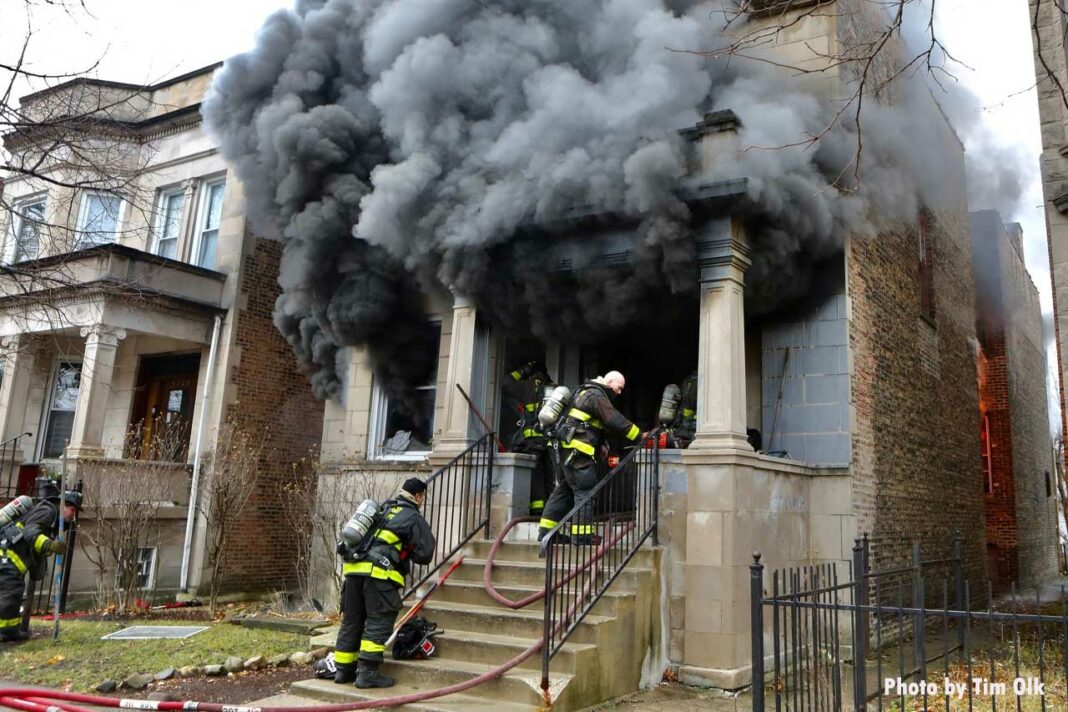 Chicago (IL) firefighters responded to a number of significant fires over the weekend, with crews rescuing two from a structure fire at 5726 S. Sangamon. Chicagoland fire photographer Tim Olk shared some photos from the scene.

Photos show conditions firefighters encountered at the fire in a two-story building of ordinary construction. Dark smoke could be seen shooting from the front of the building as companies from the Sixth Battalion made entry. According to Olk, crews used a 2 1/2-inch line to knock down fire that might extend to an exposure building while firefighters rescued two people from the residence; one of the patients was wheelchair-bound.

Seven people were displaced at two transported, according to the Chicago Fire Department’s Twitter account, though few other details were provided.