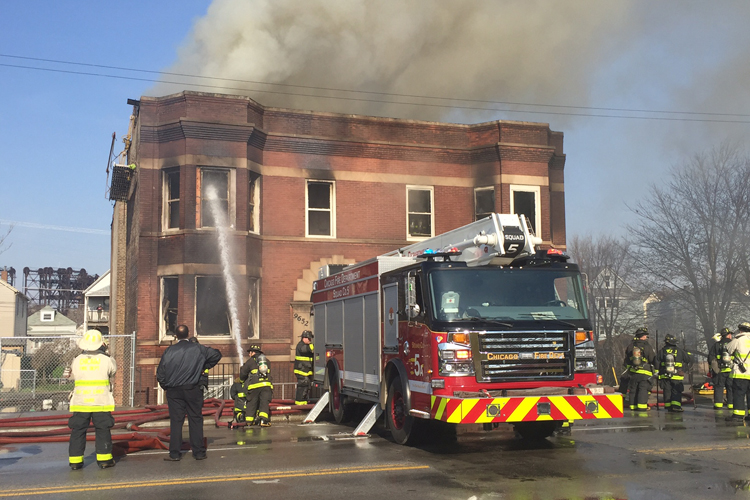 Chicago fire photographer Tim Olk shared some images from a recent 2-11 alarm fire in the city of Chicago.

According to reports, three people were injured in the fire, which was apparently triggered by an explosion. One person was taken to a hospital in critical condition with severe burns, according to CBS News. Another person was injured jumping  from the building, and a third suffered minor cuts.

Firefighters reportedly prevented a second explosion and rescued two dogs from the building.