On Friday morning, March 9, 2018, Chicago fire crews responded to a fire that spread through two buildings on the South Side of town. Area fire photographer Tim Olk provided some photos from the scene.

Two people were hospitalized after the 2-11 alarm, one in critical to serious condition, according to the Chicago Tribune. A roof of the one of the buildings collapsed, the report said. 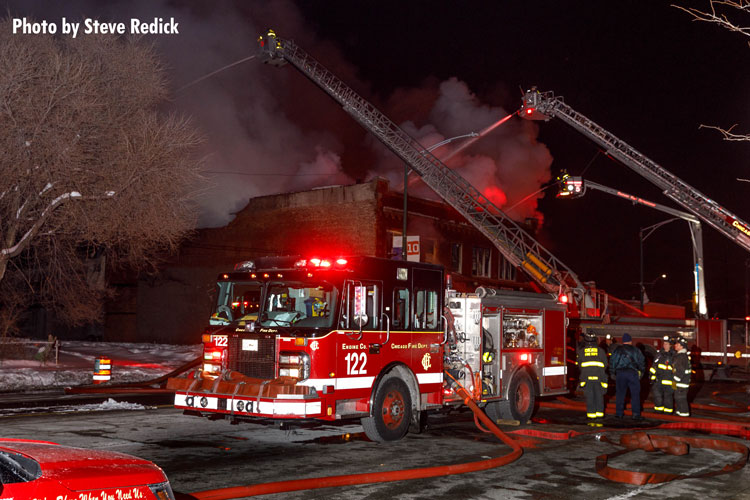 Firefighters rescued a woman with a disability from the second floor of this recent structure fire in Chicago, according to news reports. Steve Redick offered some photos from the scene of the fire, which occurred Monday at the Hebrew Ysraelite Culture Center.

There were no other injuries, according to WGN9 News.

TRANSITION TO A COMBINATION DEPARTMENT