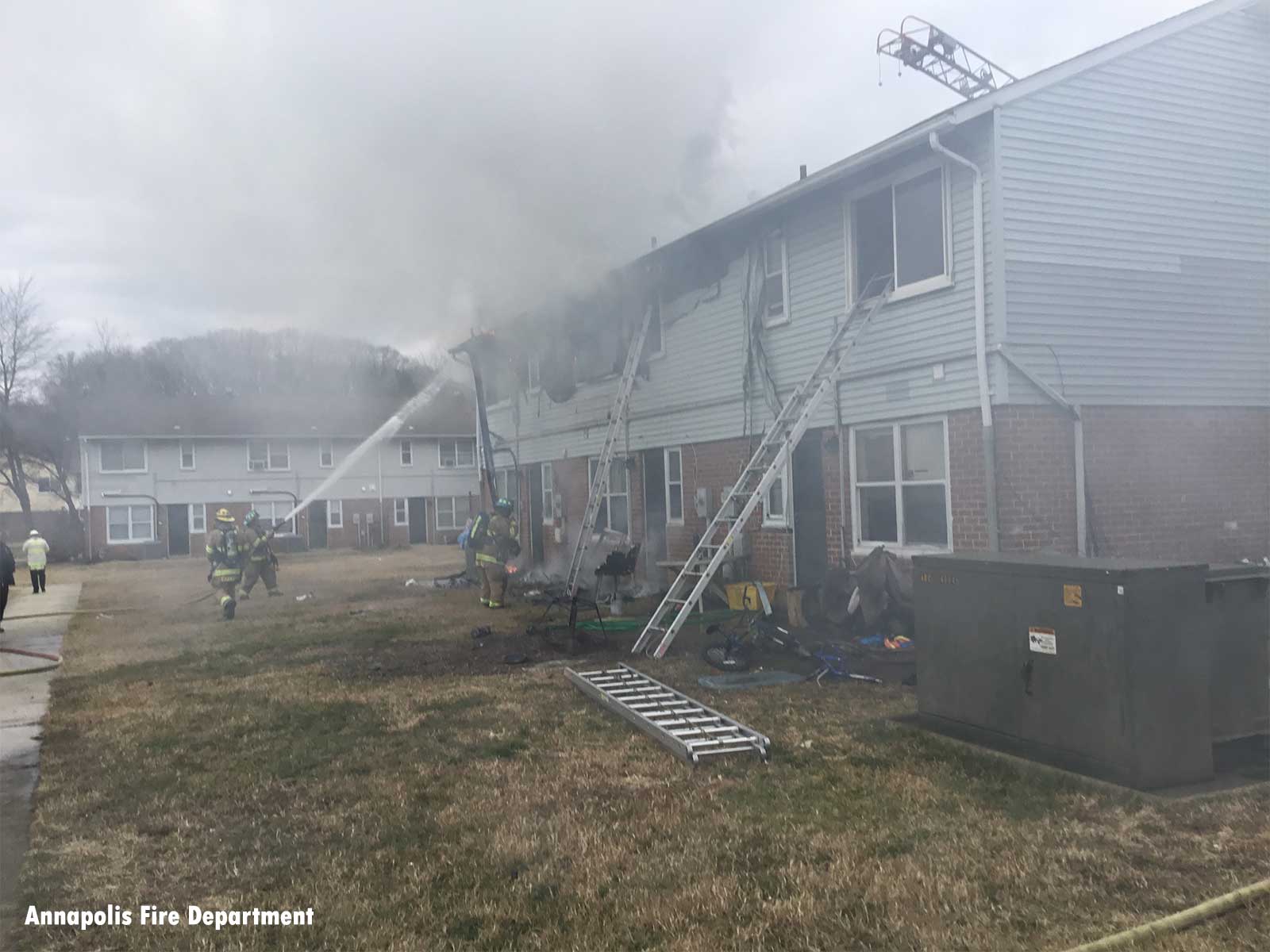 Jan. 7—Three families were displaced from their Robinwood town homes after a fire ignited from a cigarette ember and spread across three units. A resident suffering smoke inhalation was transported to a local hospital along with a firefighter who had minor burns.

Annapolis firefighters responded to the 1300 block of Tyler Avenue around 2:15 p.m. to a fire coming from the second floor of a middle house in a row of town homes. It took 56 firefighters 30 minutes to extinguish the heavy smoke and fire that spread to the attic and two neighboring homes. Fire investigators said the fire started from a cigarette ember on a plastic mattress cover.

Two units were completely destroyed by fire or water damage, said Melissa Maddox-Evans, executive director of Housing Authority of the City of Annapolis. Three homes were damaged and the 10 residents were placed in a hotel. The families will be transferred to another unit as soon as possible, Maddox-Evans said.

“We’re glad that no families or individuals were hurt by the fire,” Maddox-Evans said.