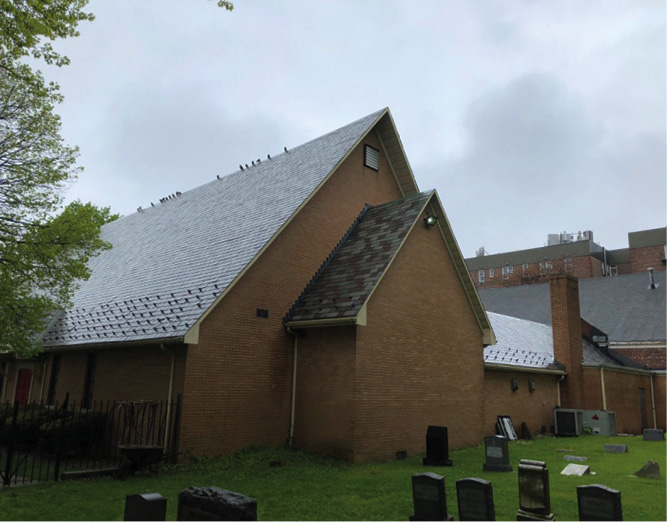 A place of worship is a building where people gather to worship, such as a church, a mosque, a synagogue, or a temple. We don’t need to describe and date each type and style of place of worship; knowing the general features common to many of these facilities is sufficient.

This article covers the architectural and general features of places of worship, which provides the building blocks for understanding the fire strategy and procedures specific to these structures.

The architectural history of past cultures demonstrates that the place of worship was often the most elaborate, most permanent, and most influential building in the community. Characterizing religious architecture is complex; no basic architectural requirements or elements are common to every religion. One religion’s function may involve a variety of activities that change with the evolution of culture. Characterization is based on architectural features instead of religion or construction type.

Gothic architecture is one exception. This 12th-century type of architecture/construction may feature pointed arches; tall designs; flying buttresses; vaulted ceilings; and large, open interior areas built in the shape of a cross. This type of architecture has more features of which firefighters must be aware than any other. One example is Notre Dame Cathedral in Paris, France (photo 1). 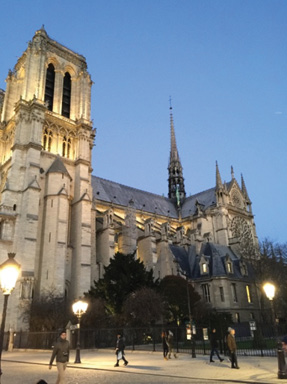 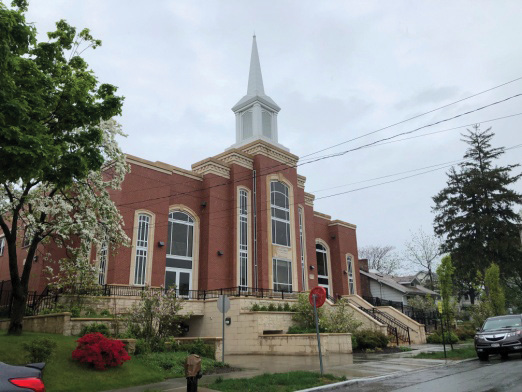 A minaret is a type of tower typically found built into or adjacent to mosques from which the call to prayer is announced; it is one of the most visible and distinctive aspects of mosque architecture. Its height makes it a collapse hazard (photo 3). 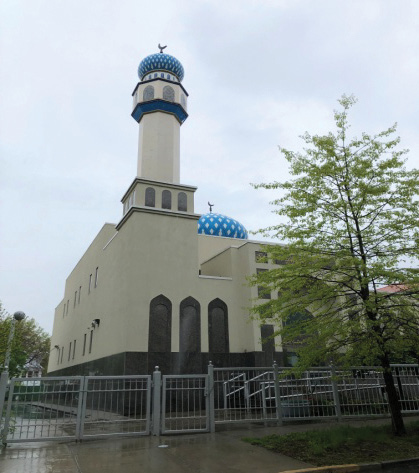 Places of worship contain many avenues of fire travel that contribute to rapid fire spread and an early increased collapse potential. Fire spread may not be obvious during fire operations because structural elements are covered by finishing material or obscured by smoke conditions. Knowing the possible avenues of fire travel and the effects of fire on the various structural members is necessary to know what to expect and to develop tactics to accomplish rapid fire control and provide for the safety of members.

Firefighters must gain access to the attic space to check for fire extension. The attic access may be a narrow spiral staircase, which will slow firefighters’ entrance into the area. Finding a stairway that leads to the attic space may take time. However, it is very important to check the attic since an undetected or hidden fire in this area could cause collapse of the roof truss beams and the ceiling. This is especially important during salvage and overhaul, when the fire may appear to be extinguished, but it can be burning in this concealed area unknown to firefighters operating below.

Numerous concealed spaces are in a place of worship. Hollow columns with a stone or brick veneer are often designed to look like solid columns. Likewise, walls are made to resemble stone, but they, too, many times are a veneer covering wood lath and plaster. Areas behind these walls and columns can be avenues of fire travel.

Fire travel inside walls can quickly spread upward unimpeded into inaccessible areas of the cockloft, attic, or truss loft area above the ceiling of the structure. The destruction of the roof-supporting members results in an early increased collapse potential. Once fire enters the upper inaccessible areas of the structure, the decision must be made to employ tower ladder streams that would have been positioned early on as part of the street-management plan.

There are limited or no doors or fire stops, allowing fire to quickly spread unchecked vertically and horizontally.

Schools, parking lots, ministry offices, large courtyards, one-way and narrow streets, and religious residences can all interfere with apparatus positioning. Often, these obstacles will prevent optimal positioning and limit the number of sides of the structure that apparatus can access. Consider these potential obstacles as part of the street-management plan. 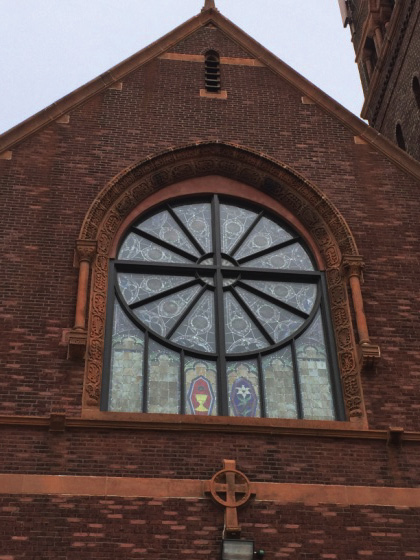 The bell tower contains one or more bells and is designed to hold bells along with their supporting framework and ringing equipment. Some bell towers also incorporate clocks. There is no uniform construction for a bell tower. Access may be by narrow stairs, which will be difficult for firefighters. The bell tower’s height increases the collapse potential. Because of the increased collapse risk, the incident commander must perform a risk benefit analysis prior to ordering a handline stretched into a bell tower (photo 6). 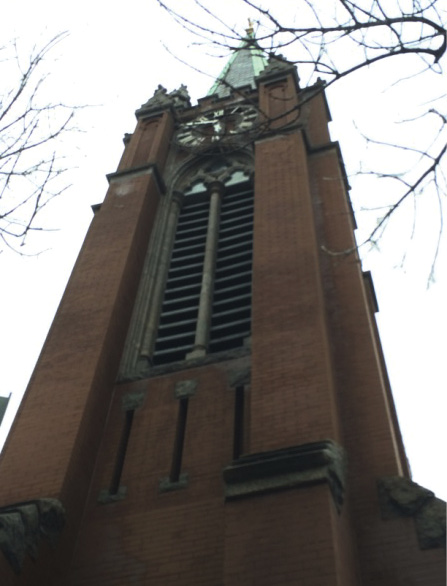 The buttress is an architectural structure built against a wall that supports or reinforces the wall. Buttresses are fairly common on older places of worship as a means of providing support to act against the lateral forces from the roof structures that lack adequate bracing. The purpose of any buttress is to resist the lateral forces pushing a wall outward by redirecting them to the ground. The thrust of the roof’s weight is the main reason buttresses are used. On the exterior of many places of worship, you can easily determine the location of the side wall’s roof-supporting members by locating the buttress projection from the side wall (photo 7). 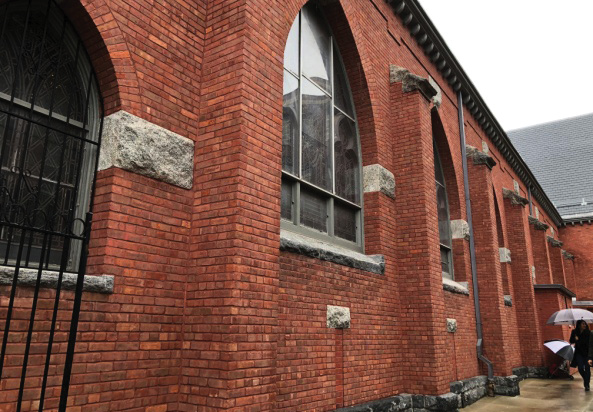 The “flying buttress” serves a function similar to that of the buttress. A flying buttress creates an arch several feet from the structure. The flying buttress is not in contact with the wall all the way to the ground; the lateral forces are transmitted across an intervening space. Flying buttresses have two key parts: a massive vertical masonry block on the outside of the building and an arch bridging the gap between that buttress and the building’s wall (photo 8). 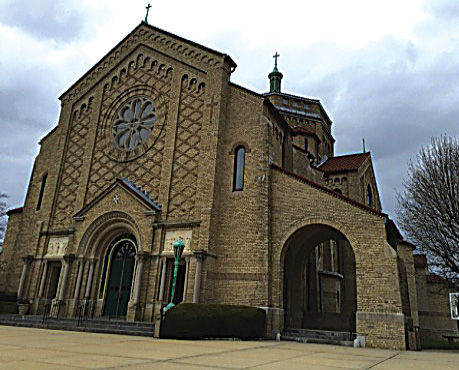 The cellar areas often include large meeting halls, day care facilities, classrooms, kitchens, and offices. The ceilings of these areas often support heavy religious statues (photo 9) and terrazzo or other stone-type flooring on the floor above. In a cellar fire, these flooring systems can mask heat conditions for members operating above. 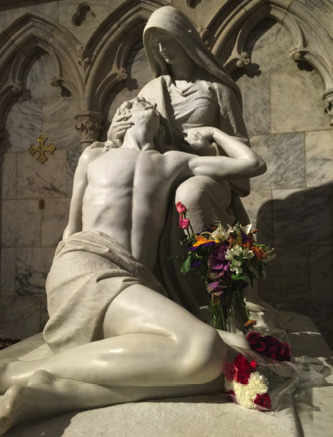 Cellar windows are often small and covered with thick window bars. This will limit ventilation and make access or egress through these windows difficult and time consuming.

Cellar fires may extend through hidden voids. Units operating above the cellar must immediately check for extension on the first floor and in the cockloft/attic area.

The choir loft is directly above the main entrance below the large rose window. A small narrow stair usually provides access to this area. This is also the area where a large pipe organ is. It is common for the pipes from this organ to partially block part of the rose window. If a fire involves the underside of the choir loft, collapse is possible (photo 10). 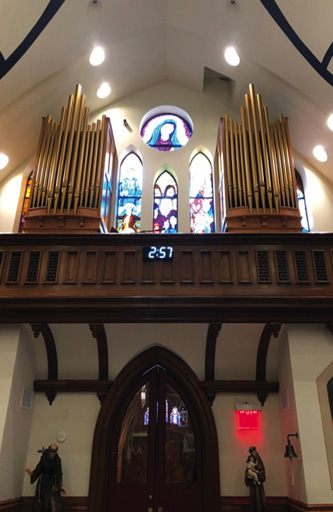 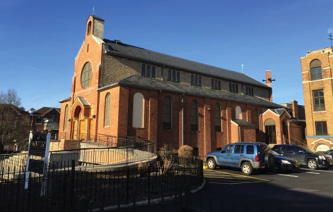 Ceilings can be 60 or more feet in height. Heat and smoke conditions at ground level will not provide an accurate indication of fire conditions above. Large plaster sections can be dislodged and can fall from these great heights, striking and injuring firefighters. Use thermal imaging cameras to evaluate heat and fire conditions above. This height requires a hoseline of sufficient size (2½ inch) to adequately reach the ceiling and apply water (photo 12). 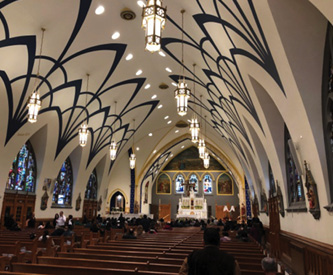 A steeple is an ornamental tapered pointed architectural structure, usually ending in a spire with a cross or other religious symbol at its tip. Steeples may be stand-alone structures erected on a roof or a tower of a place of worship, or they may be incorporated into the entrance or center of the building. They are a collapse hazard (photo 13). 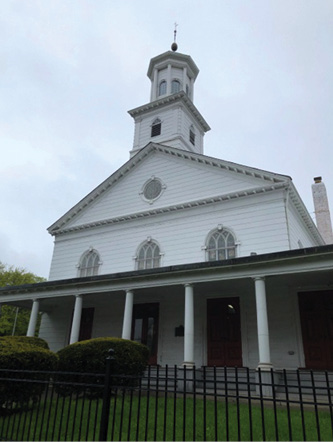 A round window is often called a rose window when found in places of worship. It is sometimes covered with an unbreakable clear plastic to protect the stained glass (photo 14). 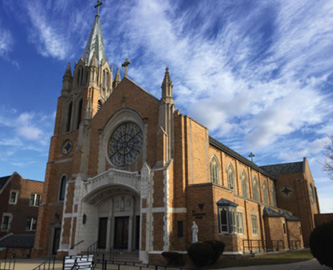 Places of worship can also be found in any type of renovated structure: a former factory, movie theater (photo 15), or store front. It is not feasible to describe possible renovation or features. However, use the tactics discussed here as a guide when presented with the architectural features or hazards discussed in this article. 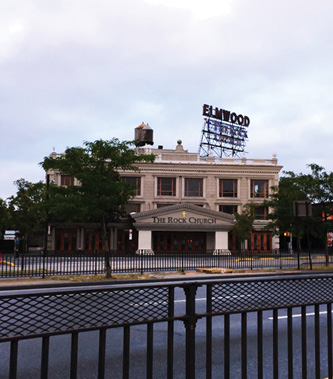 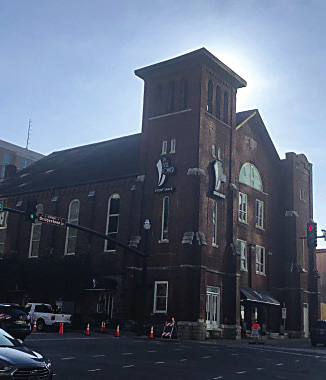 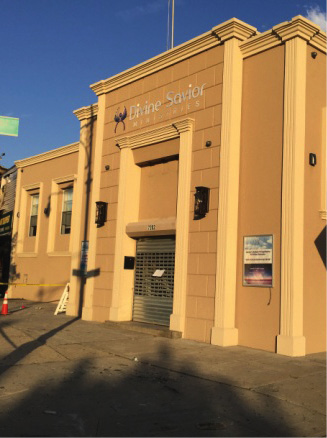 Religious architecture is complex; no basic architectural requirements are common to all religions. Understanding the basic architecture and general features common to most places of worship provides the firefighter with the foundational knowledge necessary to recognize areas of fire travel, features prone to collapse, and common terminology.

FRANK LEEB is a deputy chief in the Fire Department of New York. His previous work assignments included Battalion 46; Engines 76, 323, and 324; and Squad 270. He has a master’s degree in homeland securities studies from the Naval Postgraduate School and a degree in fire service administration. He is a member of the East Farmingdale (NY) Volunteer Fire Department. He serves as an advisory panel member for the UL FSRI “Study of Coordinated Attack in Acquired Structures” and is a principal on the NFPA Technical Committee Fire and Emergency Service Organization and Deployment-Career (NFPA 1710).