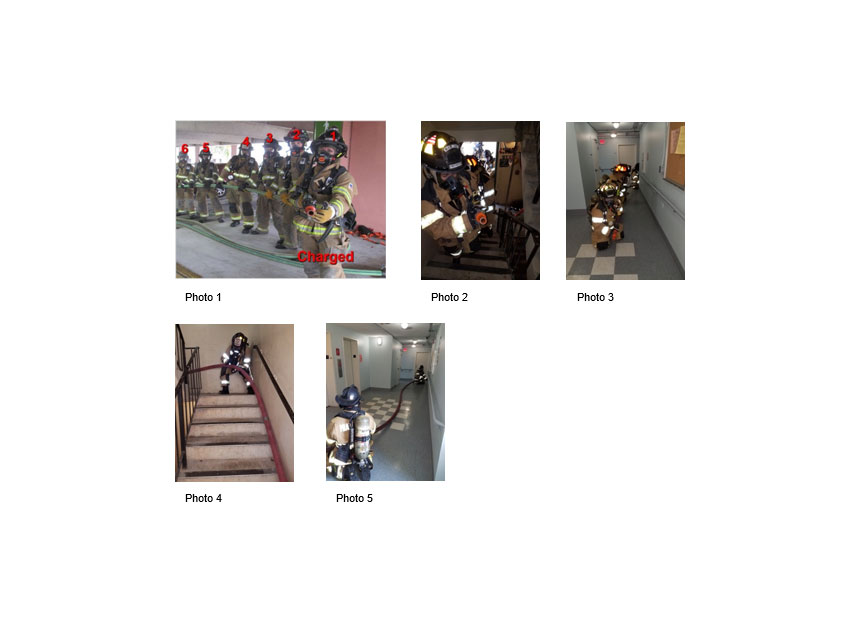 The deeper into a building firefighters advance hoselines under immediately dangerous to life or health conditions (IDLH) and further from their means of escape, the more risk they have of becoming, lost, disoriented, running out of air, or being caught in a collapse. To reduce risk, our department embraces the concept of the “Short Interior Attack” (SIA). An SIA involves advancing hoselines to the seat of a fire via the shortest route possible. Consider a fire in a large commercial building: often, the shortest, fastest and most direct route to the fire is not from doorways on the Alpha side. In multi-story buildings, determining the most direct route to the fire and choosing the closest fire attack stairwell is not possible without knowing the location of the fire. Companies that advance hose blindly in dense smoke without knowing the location of the fire will more than likely run out of hose and personnel before they reach it.

In residential occupancies, where each floor is configured similarly, familiarization with the floor below the fire will often indicate the length of hoseline necessary to reach the fire area and with sufficient hose for the nozzle stream to reach every portion of it. For example, if the fire is located in apartment 1502, locate apartment 1402 on the floor below the fire and the stairwell closest to apartment 1402. In addition to determining the length of hose necessary, it is critical that officers determine the number of personnel and their position along the hose line to maneuver it at stair landings and corners. Orientation of the fire floor based on familiarization with the floor below the fire is not always possible. For example, in office buildings, each office suite is configured differently based on the need of individual tenants.

From our first days in the fire academy, we are told how critically important it is to keep crews together; no firefighter operates alone. Keeping crews together, within visual or voice contact, however, is not possible when personnel are strategically positioned along a hoseline to maneuver it around corners and stair landings; this can lead to serious accountability problems.  To complicate things, advancing a long hoseline around change of directions is a multi-company operation that requires strong leadership, preferably by a group or division supervisor who does not have to physically participate in managing hose.

So how do we account for personnel spaced at distances along a hoseline? When multiple companies are working together, forget about remembering the names of personnel. One method that has worked well countless times in the past is to line all companies up on the hoseline behind the nozzle position and have each member count off, starting with the nozzle position being number one (Photo 1). This method works well when hose is stretched horizontally, as in an office suite, or vertically, up stairs. (Photo 2). Consider an apartment fire. Positions 1, 2, and 3 will be the nozzle team. Position 1 is the nozzle, position 2 is the company officer, and position 3 will ultimately be positioned at the door to the fire compartment. (Photo 3) Now consider that the hoseline has to take two turns as it is advance through an elevator lobby: If this is the case, then position 4 will drop stop at the first corner and will  feed hose off to position 3 positioned at the next  corner. (Photo 4) In this scenario, position 5 will stop at the stairwell fire floor landing and position 6 at the stairwell mid-landing. (Photo 5)  The remaining positions will operate on the floor below the fire, feeding hose up the stairs and monitoring and, if it is a standpipe operation, monitoring and adjusting outlet valve pressure.

Once all personnel are assigned a position and number designation, it is good idea to have all personnel loudly sound off with their number, starting with the nozzle, position one.  Personnel will also sound off when they stop at corners and changes in direction  to manage hose around them. For example, “Number 6 dropping off at mid-landing” and  “Number 7 dropping off at stairwell fire floor landing.”  Once the hoseline is in position, the group/division supervisor can account for personnel by moving back on the line and, upon encountering a member, have them sound off their position number.  Similarly, if a Mayday is declared or the line needs to be backed out of hostile fire conditions, personnel can be accounted for.

Lafayette (LA) Firefighter Remembered As ‘Example of What Generosity Looks Like’

Modesto Looks to Join Other Fire Agencies That Bill Insurance for...