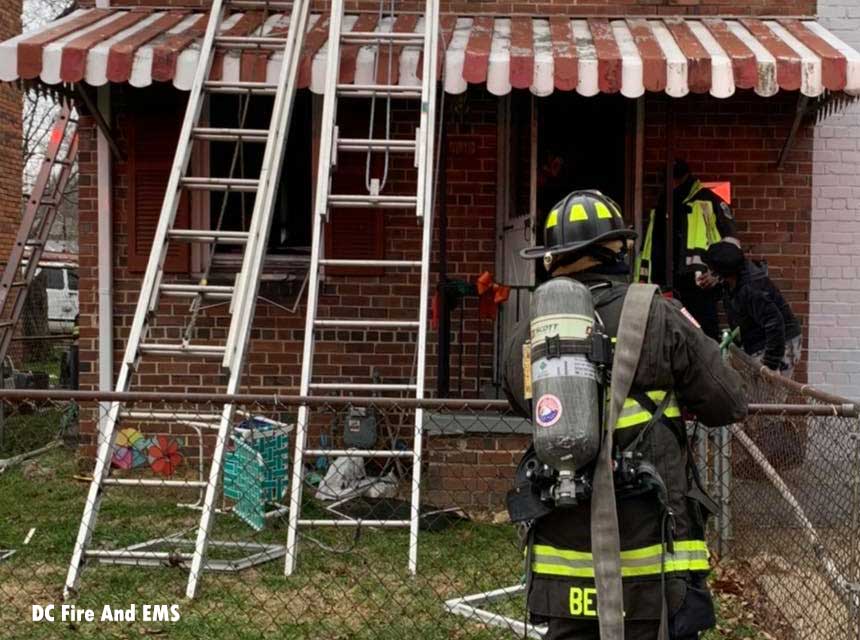 On January 5, 2021, D.C. firefighters rescued an elderly man from a burning basement and transported him to an area hospital.

According to the department’s social media accounts, D.C. Fire & EMS companies responded to a basement fire in the 600 block of Southern Ave SE.

A Box Alarm was dispatched at 2:01 PM to 610 Southern Avenue SE, a two-story end-of-row occupied dwelling. First-arriving units reported smoke showing, and began to attack fire in the basement.

Gaining access to the basement, firefighters encountered an unconscious male victim. He was quickly removed to safety, and transported to the hospital in serious condition.

The basement fire was knocked down, but fire extended via the walls to the first and second floor before it could be declared under control.

There were no other injuries, but three residents were displaced and were able to stay with relatives. Fire investigators are working to determine the cause.

How Dallas Fought a Basement Fire