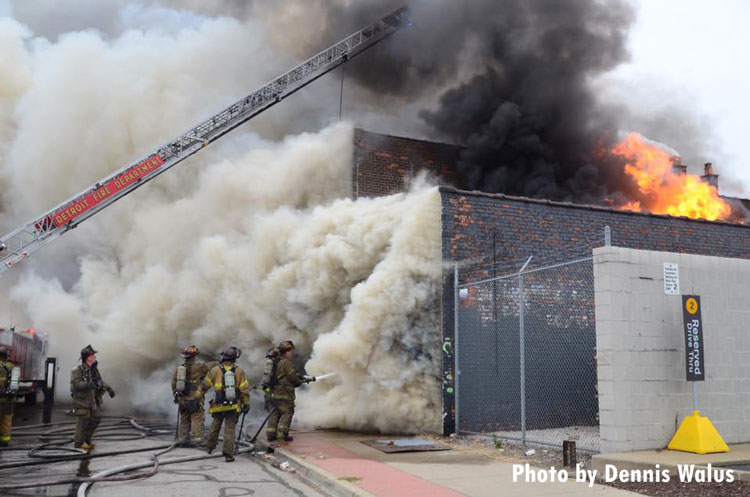 Detroit firefighters responded to a fire in abandoned storefronts that ended with the building collapsing, according to reports. Are fire photographer Dennis Walus shared some photos of companies at the scene.

The Detroit News reported that the fire was reported around 10:15 a.m. at Michigan and Martin. Crews had heavy fire on arrival and went defensive.

No injuries were reported and the cause of the fire remained unclear.