Photos and story by Andrew Lundell

Just before midnight on Wednesday, Detroit (MI) firefighters responded to the area of Mapleridge & Chalmers for a reported dwelling on fire.

The first engine arrived on scene and reported that they would be stretching on a two-story dwelling with heavy fire conditions.

Neighbors informed crews that the dwelling was possibly occupied and, on the arrival of the chief, EMS was requested to the scene. A primary search was conducted. Firefighters found a civilian in the back bedroom of the home.

Firefighters pulled the civilian out of the home and EMS transported to an area hospital. At this time, the condition of the victim is unknown. 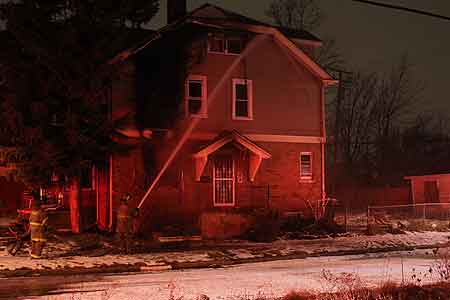 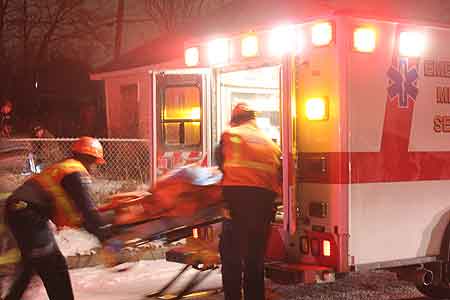