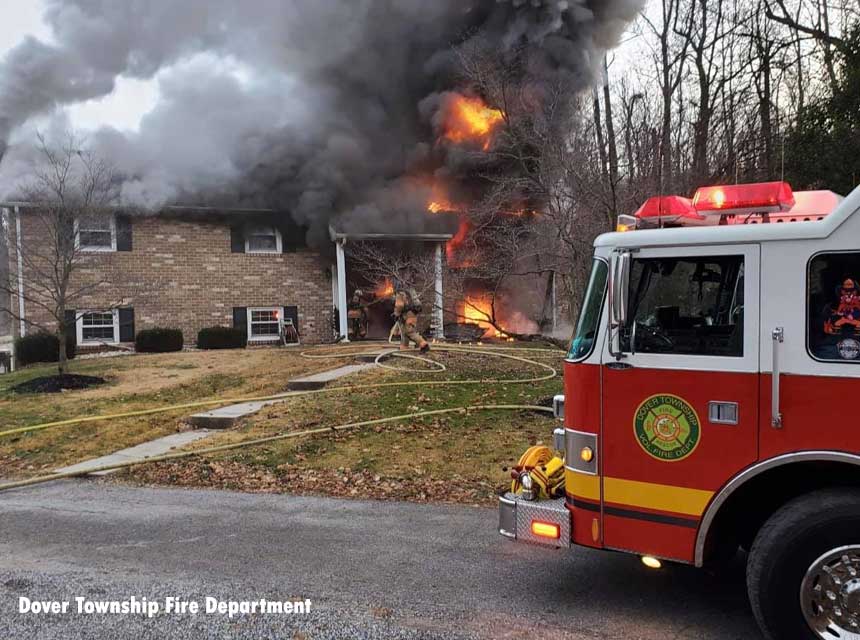 Jan. 2—A Dover Township firefighter was rescued after falling through a floor while battling a house fire on New Year’s Day.

Crews were dispatched around 7:40 a.m. for a report of a fully engulfed home in the 6100 block of Mountain Road, according to the Dover Township Fire Department.

No firefighters were injured, the release states.

A fire marshal is investigating the cause of the fire, which the news release said resulted in a “devastating loss.”

LETTERS TO THE EDITOR