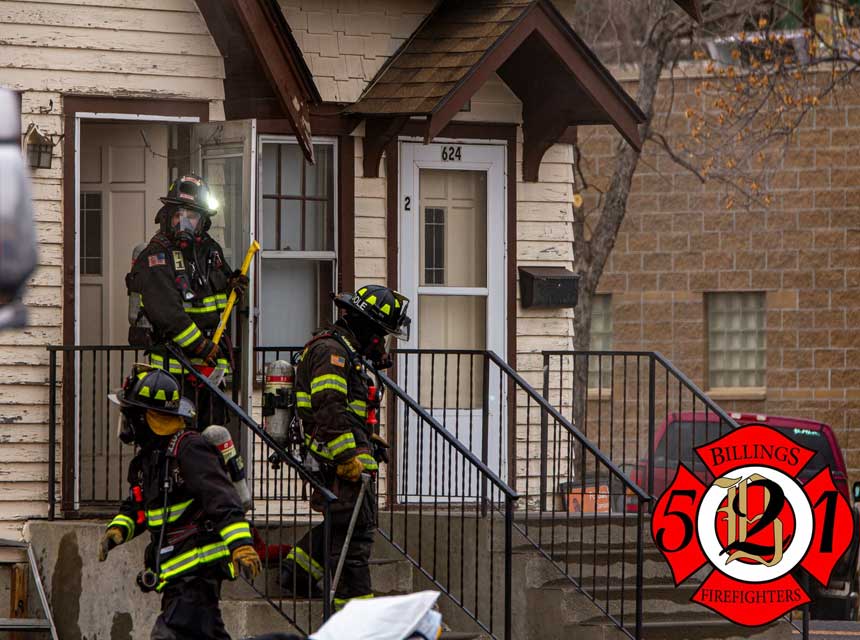 Jan. 7—A fire in a downtown house containing several apartments drew a large response from firefighters to the area of 7th Avenue North and North 27th Street shortly after noon on Thursday.

As many as six fire trucks and multiple ambulances were on scene at a home next to the downtown Hardee’s restaurant as smoke could be seen coming from the basement.

Firefighters broke open multiple exterior doors as they worked to clear the building of occupants, where they found only one person who was being tended to by first responders on the scene.

“It was like a maze in there,” said Billings Fire Department Capt. Doug Koffler.

Koffler said crews had the blaze under control within minutes and the woman was not taken to the hospital for further treatment.

Lunch rush traffic on North 27th Street was redirected as first responders worked in the area, and a portion of 7th Avenue North blocked off while crews extinguished the blaze was reopened around 1:30.

An investigation into the cause of the fire is currently underway by Deputy Fire Marshal Jeff McCullough.

— This story will be updated