Initial Considerations for the First-Due 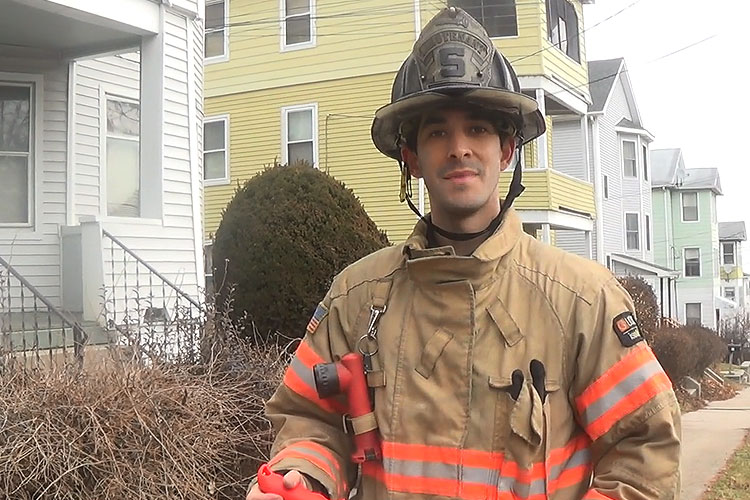 “It’s just hose.” These crassly spoken words are the bane of any engineman’s existence. All too often, hose-work is trivialized and arrogantly shirked off as some rudimentary skill-set not worthy of further attention or effort. Nothing, however, could be further from the truth; we have all (at some point) witnessed the repercussions of an ill-prepared or unskilled engine company. The old adage “As the first line goes, so goes the fire” very poignantly underpins the importance of competent engine company operations. Every firefight we engage in is either won or lost in the performance of the first-arriving engine company and their ability to effectively and efficiently place the properly-sized hoseline into operation to achieve our overall mission–preserving life and property.

Although to some it may not be as attractive or glamorous as that of our counterparts across the floor, it is the work of the engine that puts the fire in check and restores order to the fireground. The art of stretching, advancing, and operating the first line is, by and large, the most critical function on the fireground and enables all other operations to succeed. Andy Fredericks (1997) once wrote: “The fire control efforts of the first handline save more lives at structure fires than any other firefighting action.” By rapidly confining and extinguishing the fire to protect the survivable space, it is the enginemen that allow the able-bodied to escape (or shelter in place) and the incapacitated to be rescued, indirectly facilitating their survival. Fredericks once made a pun that, after a fire, the ladder goes back to the firehouse to type up their awards, while the engine goes to the burn unit. We are the silent professionals and should take pride in our craft, constantly honing our skills in the never-ending pursuit of excellence.

This series will cover the fundamentals of engine work, breaking them down into simple company-level drills. Each installment will include a short video surmising the drill(s) and provide an accompanying document with key talking points to ensure delivery of the essential background material. In part one, we will focus on the initial considerations for the first-arriving engine company: size-up, determining line placement, estimating the stretch, and selecting the appropriate line. Properly evaluating and addressing each of these elements upon arrival is crucial for both immediate success and the fate of the entire operation. The attached material will provide several techniques (tricks of the trade), mnemonics, and rules of thumb to assist in this process. The intent is to formulate a (sequential) cognitive system that can be applied universally to help streamline what USAF Colonel John Boyd called the “OODA Loop” (observe-orient-decide-act).  By simplifying and standardizing our approach, we can consistently expedite this cycle no matter what the situation, reacting decisively to produce the best possible outcome.

Nicholas Papa is a lieutenant with the City of New Britain (CT) Fire Department, assigned to Engine Co. 1. He has a bachelor’s degree in Public Safety Administration and a master’s in Emergency Management. Nick is an active fire service instructor and will be presenting a classroom session at the 2017 FDIC International.

Fire Service Equipment: Throw Back to Basics: Know Your Nozzle