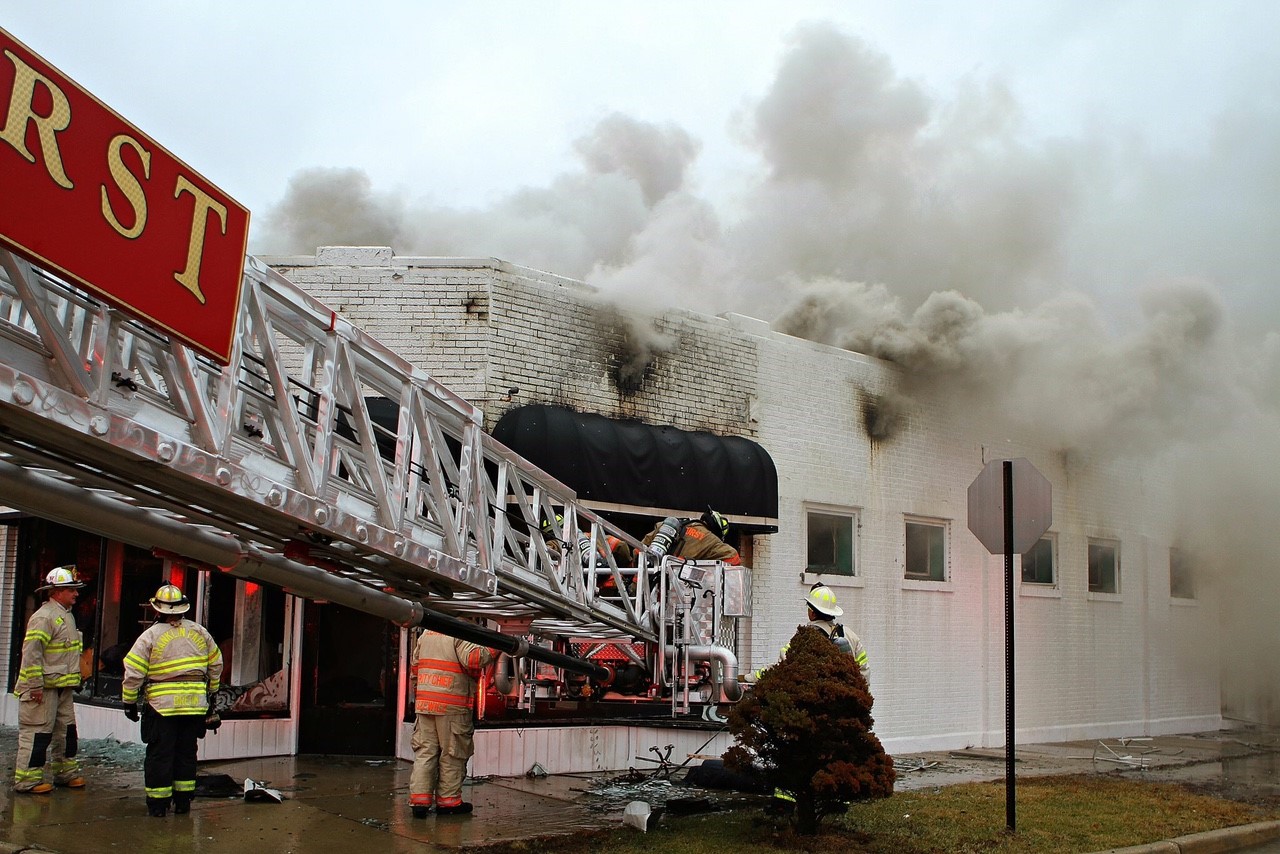 Fire crews responded to a fire that ravaged a bridal spot in Elmhurst, Illinois, and fire photographer Tim Olk shared some shots from the scene.

According to WLS, VIP Occasions, in the 300-block of North York Street, caught fire around 1:40 p.m. Thursday and burned for hours. The 85-year-old historic building was reportedly destroyed.

According to Olk, the Elmhurst Fire Department was returning for a call and found the fire at they were driving by.