Hydraulic ventilation works best with small spaces such as bedrooms, bathrooms, kitchens, dens, and so on. Ventilating larger areas such as a great room or open-concept living areas may require assistance from a positive pressure fan or vertical ventilation. Hydraulic ventilation will help in larger areas, but it may take more time to notice the effects as opposed to smaller rooms, where you can notice immediate changes.

To conduct hydraulic ventilation, use an opening that goes to the exterior of the structure such as a window or doorway. Windows will be the more common exit point in rooms. Remove the window to provide for an exit path of the smoke and hot gases. Place the nozzle within two feet from the window. In photo 1, the firefighter is shown standing about two feet back from the window. From this position, he is ready to flow water from the nozzle in a fog pattern that will be 85 to 90 percent of the window opening. This means that the fog pattern should just be touching all four sides of the window’s interior frame. Also in photo 1, the firefighter is shown standing in front of the window, which is not the desired position. Remember, we can be an obstruction to the vent opening! In addition, notice the caution tape hanging down from the ceiling. This was put there to show the effects of hydraulic ventilation. If hydraulic ventilation is being conducted correctly, the air current will pull the caution tape toward the window, providing a great visual demonstration. 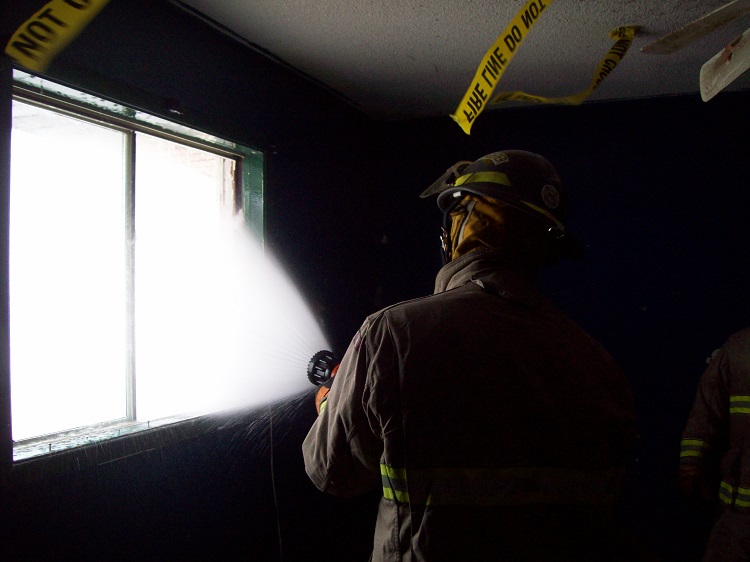 In photo 2, the water pattern is carrying on and expelling all the byproducts of fire to the exterior. 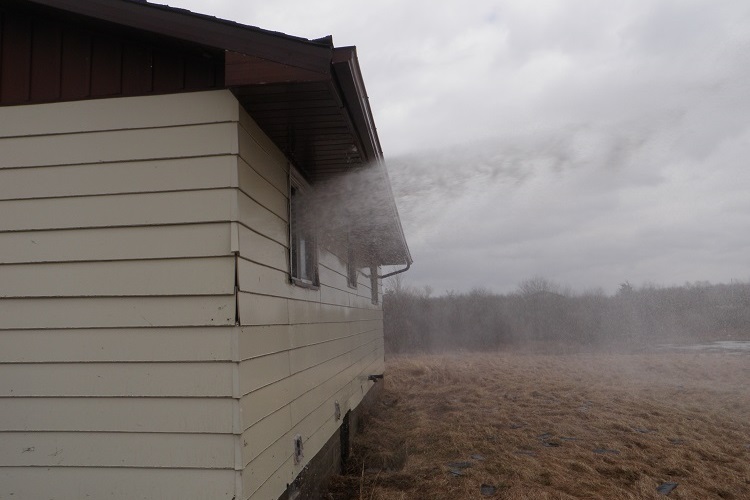 Do not block your vent openings by standing in doorways or in front of windows. This firefighter is blocking parts of the ventilation path. He should be on his knees while conducting this operation. Bear in mind that this room just had a fire that was suppressed with our nozzle stream, and it will be very hot. Standing up may not be tolerable.

Now, ask yourself, how many times do you get within two feet of the window to perform hydraulic ventilation? Most often, we will not be within that distance—we will be further back. In photo 3, I am demonstrating how a firefighter will be at the doorway attacking the fire in a room. Being at the doorway provides some thermal protection; the firefighters can use the wall to shield themselves from the heat while they apply their water streams. The distance from a doorway to a window will be greater than two feet, with an average distance of eight to 10 feet. Being a farther distance back from the window, we need to adjust our technique slightly to accomplish the same outcome. 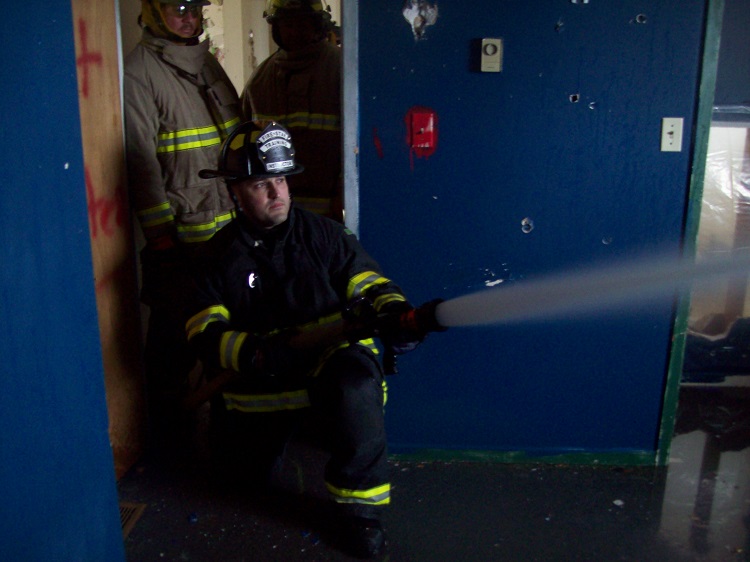 As previously mentioned, moving water creates air currents like a mini positive pressure fan. With a distance from a window greater than two feet, and a fog pattern of 85 to 90 percent of the window opening being maintained, the opposite effect is created. We are creating a positive pressure fan effect, pushing the smoke and hot gases toward the window area and eventually back onto ourselves. This is accomplished by the size of the cone of air that is created by the nozzle and the fog pattern. The further back from the window, the bigger the cone of air becomes. Eventually, the cone of air will reach the window, but it will be larger than the window opening, pushing the smoke and hot gases off the wall beside, above, and below the window, allowing these to travel back toward the suppression team.

To stop this from occurring, narrow down the nozzle pattern from a wide fog to a narrow fog or even a straight stream. In photos 4 and 5, the stream selected to accomplish hydraulic ventilation is almost a straight stream. Air currents are still being created and will expel the smoke and hot gases. This negates having to adjust the nozzle pattern from straight stream to wide fog when trying to ventilate right after fire knockdown. This also shows that a smooth-bore nozzle will also accomplish the same outcome as an automatic combination nozzle. In photo 5, the caution tape at the top is being pulled toward the window with an almost straight stream. 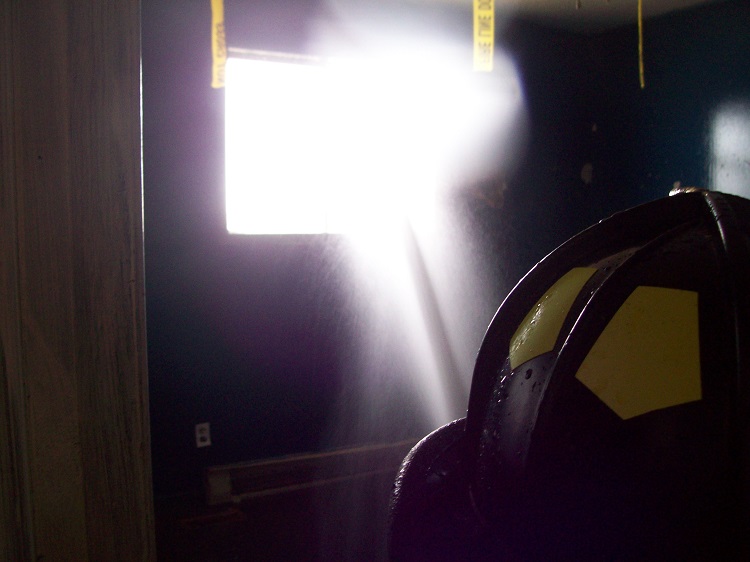 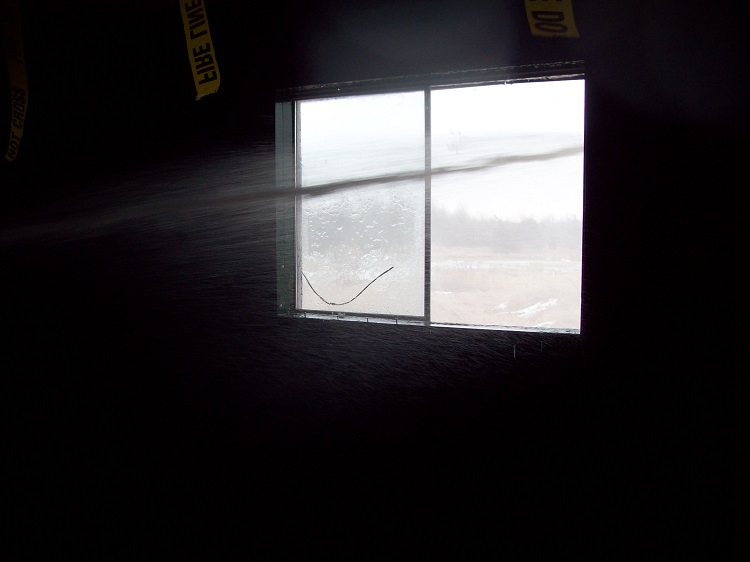