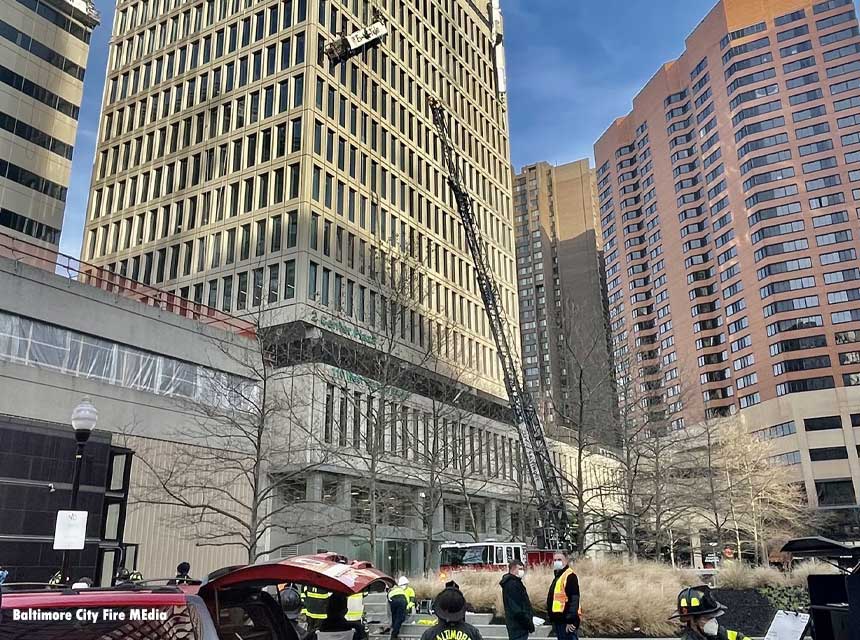 The department’s Twitter account said crews responded to the incident in the 100 block of W. Fayette St.

At least 10 people were transported to area hospitals, with nine in critical condition and one in serious condition.

Update (2:44 p.m.): The Baltimore Fire Department reported that a total of 23 victims were rescued from the explosion; 21 of the victims were transported to area hospitals and two victims declined.