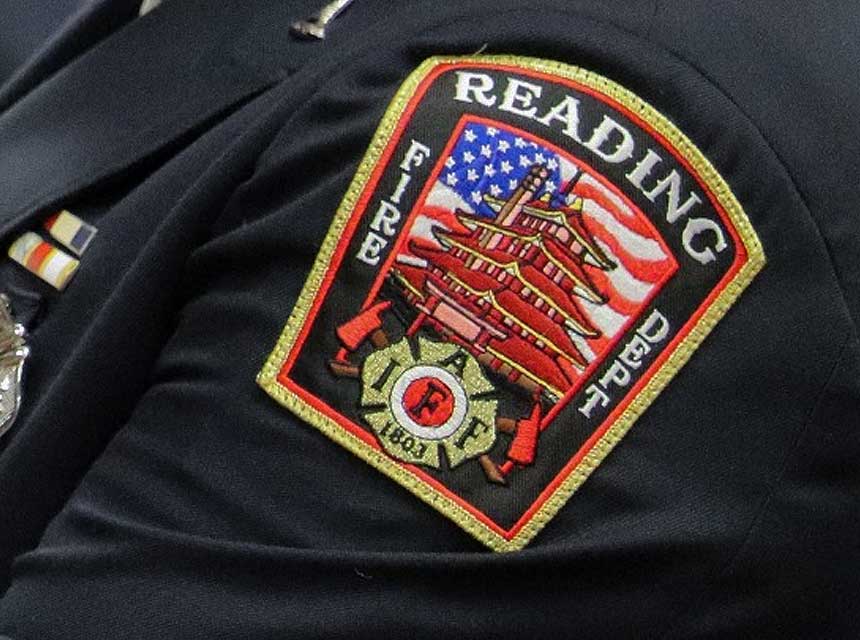 “Based on everything we’ve seen, we believe there was an accumulation of natural gas from a leak in the building,” Searfoss said of the explosion and fire at 225 N. 10th St.

While the ignition source is unknown, Searfoss said it could have been any number of electronic appliances in the second-floor rear apartment, where investigators located evidence of an explosion that blew out the wall to the south, leaving the entire building structurally unstable.

The only occupant of that apartment was asleep in her bedroom when the fire was reported about 2:45 p.m., Searfoss said. She awoke to find debris on top of her and fire all around her.

“It’s an absolute miracle that she managed to get out and was waiting for our guys,” the fire marshal said.

The woman was initially treated by Reading Fire Department medics before being transported to the burn center at Lehigh Valley Hospital near Allentown.

Searfoss said she suffered burns to her hands, feet and back.

“She’s definitely lucky to be alive,” he said. “But she’s got a road to recovery ahead of her for sure.”

He didn’t provide her name, and information on her age wasn’t immediately available.

Searfoss said pressure from the accumulation of gas was evidenced by the blown-out Bilco doors to the basement that firefighters had to move from the steps as they made their initial entry into the first floor.

Firefighters also reported a strong odor of natural gas, which is actually the chemical that is added to natural gas to give it a rotten-egg smell.

Two occupants of a first-floor apartment, who were visiting, suffered non-burn head and neck injuries and were taken by ambulance crews to Reading Hospital for treatment.

Searfoss said investigators believe the source of the gas was a leaking pipe that supplies cooking stoves. They don’t know if there was a slow or rapid build-up; nobody in the building reported the odor of natural gas.

The building has been condemned and might not be salvageable, Searfoss said.

The American Red Cross is assisting two of the three tenants of the three apartments with emergency housing and other needs.

Firefighters got control of the fire within 20 minutes.

Searfoss said it’s a credit to the aggressiveness of the city firefighters that the fire, which was in the middle of a row of dwellings, was contained to the one building. Because it started with an explosion, the fire grew rapidly before crews arrived and access was limited by debris next to the building.