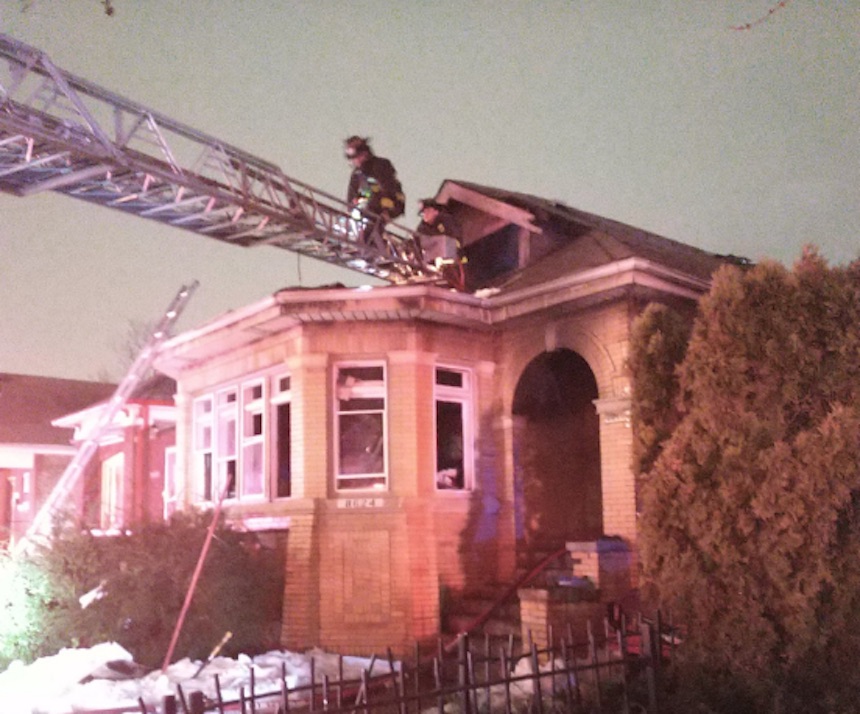 Police and fire investigators believe the fire that killed a mother and daughter and left four others injured Sunday in the Gresham neighborhood was intentionally set and authorities are now classifying the deaths as homicides, according to officials.

Ieashia Ford, 34, and her daughter Porche Stinson Ford, 15, were previously identified by the Cook County medical examiner’s office as being among six people who the Fire Department said were pulled from the home in the 8600 block of South Hermitage Avenue about 4 a.m. Sunday. The mother and daughter were taken to OSF Little Company of Mary Medical Center and pronounced dead a little after 5 a.m. Sunday, according to the medical examiner’s office, which indicated they had both lived in the home that was set ablaze.

Investigators determined the cause of death for both Ieashia Ford and Porche Stinson Ford was injury from inhaling combustible materials “due to house fire due to arson,” and the manner of death for each was homicide, Natalia Derevyanny, a spokeswoman for the medical examiner’s office, said in an email Tuesday. Officials previously had provided an incorrect spelling for Ieashia Ford’s first name.

Chicago police detectives classified the investigation as a homicide investigation Sunday, according to a police report. In their investigation, detectives learned a man entered the property through the rear with a white plastic bottle containing gasoline and spread the accelerant on a back porch, before lighting it on fire, according to the report. Police on Tuesday declined to provide updated information.

The bottle later was located, and the contents were tested and confirmed to be gasoline, according to the report. The man who had been carrying the bottle left the yard the same way he entered, through the rear, and the report said at least some of what the man did may have been captured on surveillance footage.

A Fire Department source, who provided background information and spoke on the condition of anonymity, said there was merit to previously published reports in which family members said a man who had threatened the family had intentionally set the fire.

Phone calls and messages sent to friends and family members of Ford and her daughter were not returned Tuesday.