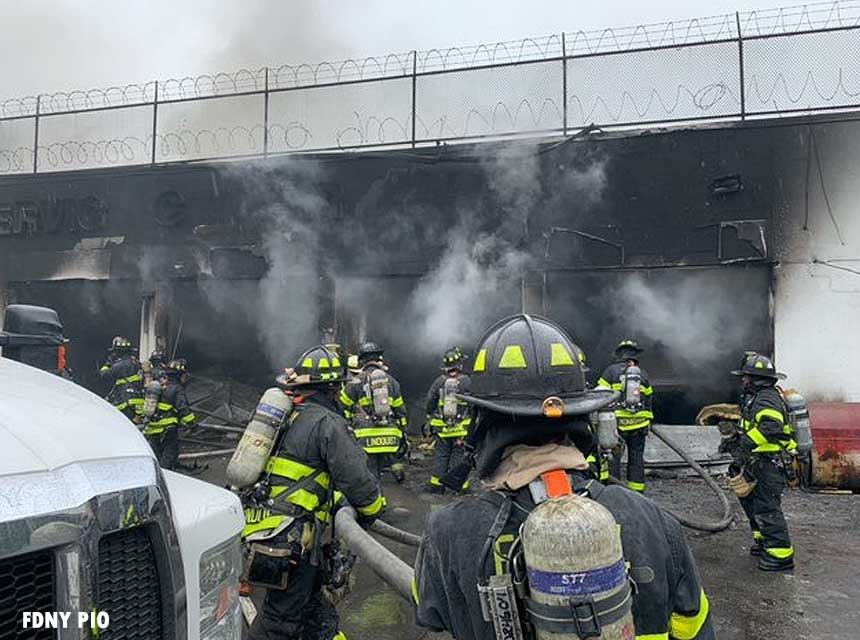 A civilian and two firefighters were injured when Fire Department of New York (FDNY) crews responded Monday to a three-alarm fire in Brooklyn.

The FDNY PIO posted on its social media that at approximately 10:30 a.m., the department had a report of a fire in a commercial building at 183 Empire Blvd.

On arrival, FDNY companies found heavy fire, with fire from the front to the rear and reports of fire in the cockloft and over the roof area. The fire went to three alarms but was brought under control and is under investigation.

“We’ve had a very labor-intensive fire, a lot of heat, a lot of smoke, dangerous to do searches in there with a lot of cars that were on lifts and being worked on,” said FDNY Deputy Chief Stephen.

There were a total of three nonlife-threatening injuries, one civilian and two firefighters.