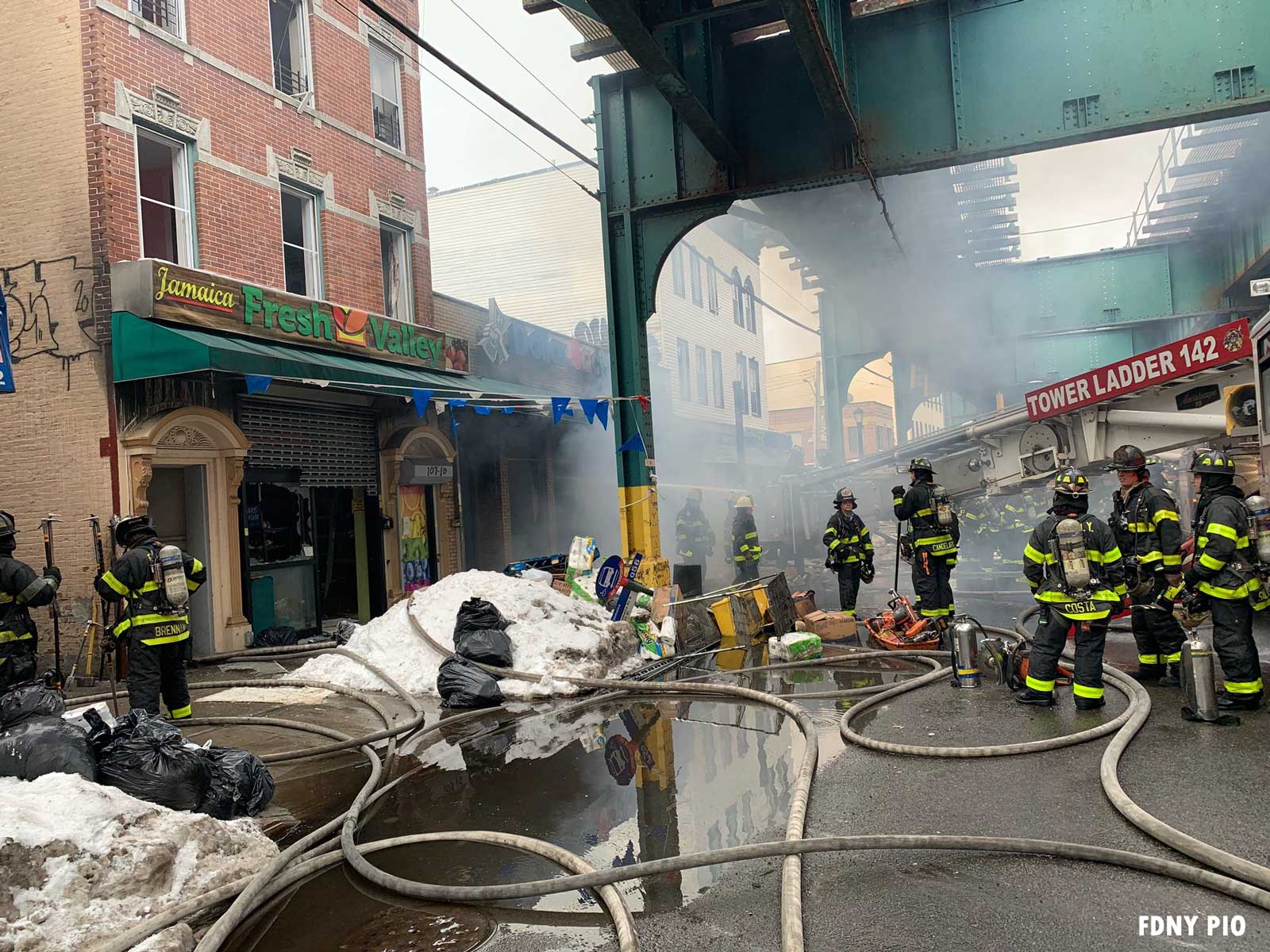 The Fire Department of New York (FDNY) responded on Valentine’s Day 2021 to a fire that went to five alarms in Queens.

Photos from the scene of the fire early Sunday at 107-08 Jamaica Avenue were shared by NYC Emergency Management and the FDNY on their social media accounts.

“Our units responded in three minutes. There were heavy fire conditions, heavy fire blowing out the storefront windows,” said FDNY Chief of Department John Sudnik. “Our units made an aggressive push to put the fire out, but there was just too much fire for them to handle. Commercial fires are very dangerous, there is a lot of stock in the stores and a lot of combustibles. These are dangerous conditions for our Firefighters, so we pulled them out to a defensive position, we used an exterior operation. They prevented fire from extending to the adjacent buildings.”

There were a total of three individuals with non-life-threatening injuries reported. One civilian and two firefighters were transported to local hospitals, according to the FDNY. About 200 Firefighters, EMTs, and paramedics responded to the scene.

FDNY Responds to Bus Hanging from Bridge in the Bronx

LEARNING AND APPLYING THE LESSONS OF THE WTC DISASTER