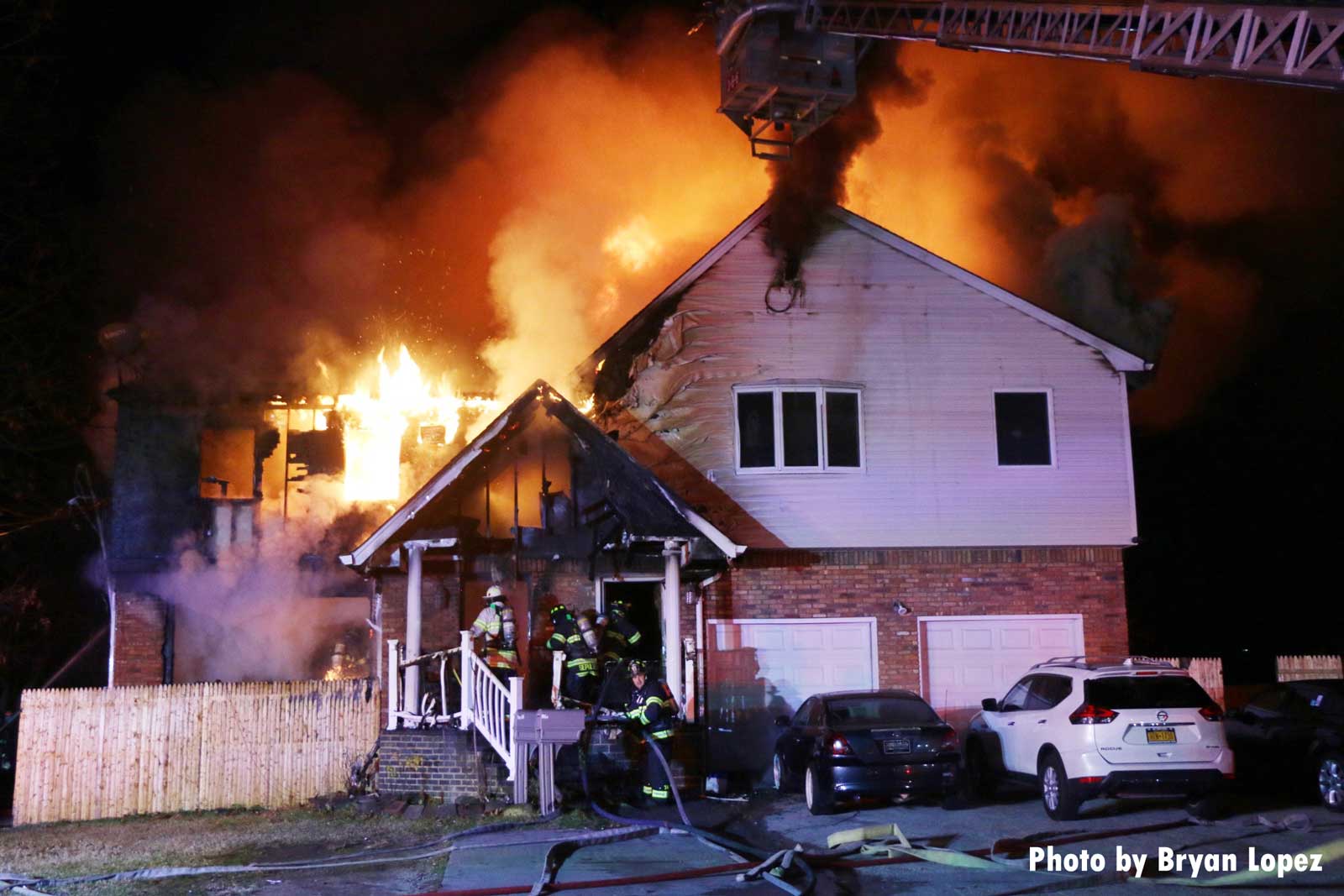 In the early morning hours of November 28, 2020, the Islip Terrace (NY) Fire Department was activated for a reported residential structure fire on Carleton Avenue. Commanding units arrived to find fire showing from a first floor bedroom at the rear of the home and transmitted a working fire. Mutual aid was brought in from multiple area departments to assist in battling the fire. The fire rapidly spread from the first floor and made its way up into the attic. This caused the roof to collapse in some areas and forced crews into exterior operations. Three tower ladders were put into operation.

The stubborn blaze took over two hours for crews to bring under control. One firefighter and three residents were treated for minor injuries. A total of 19 residents were displaced by the fire. It is reported that inside this multi-family home there were eight separate apartments.

The Town of Islip Fire Marshal’s office and Suffolk County Police Arson Squad were requested to the scene for an investigation into the origin of the fire. The Red Cross responded to help the displaced residents.