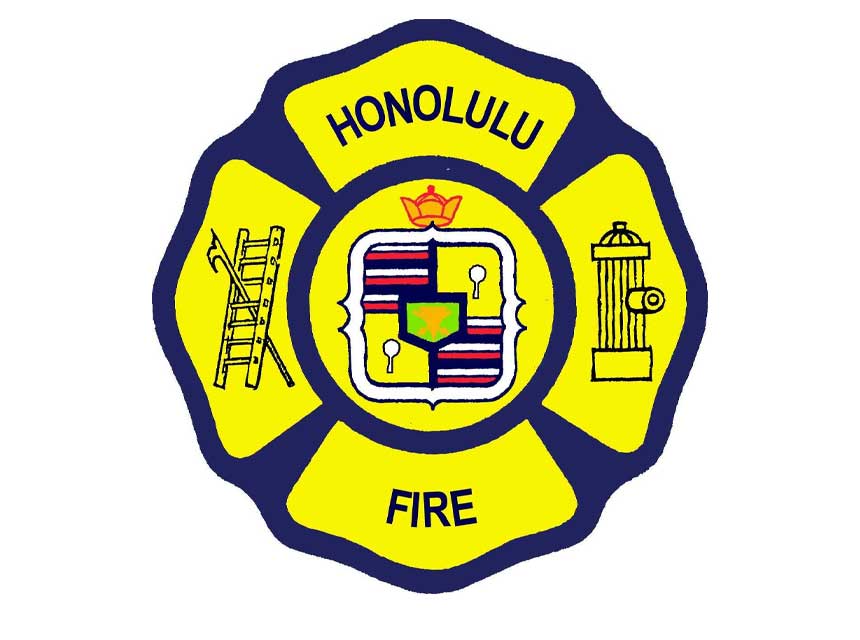 Aug. 23—A dog was unable to escape a residential fire in Nanakuli on Saturday night and died, according to the Honolulu Fire Department.

Seven people, however, were able to safely evacuate multiple residences that were burning at 87-244 Mikana Street.

HFD said it responded to a 911 call at 9 :19 p.m. Saturday and arrived with approximately 40 personnel seven minutes later.

When firefighters arrived, two single-story units was “fully involved ” with fire and other nearby homes were threatened by flames.

After establishing a command and securing a water supply, the 13 HFD units initiated an exterior defensive attack on the fire and were able to prevent further spread, bringing it under control at 10 :25 p.m.

Five males and two females were home when the fire started. While they were all able to safely exit the burning structures, one resident was later transported to a hospital for treatment of burn injuries.

HFD also said one firefighter was injured while performing their duties and was transported to a hospital for treatment.

The American Red Cross was notified of the incident and will be assisting the displaced residents.

HFD continues to investigate the fire as to its origin and cause. Damage to both residences is estimated to be $730, 000 in total for both buildings and their contents.

Visit The Honolulu Star-Advertiser at www.staradvertiser.com