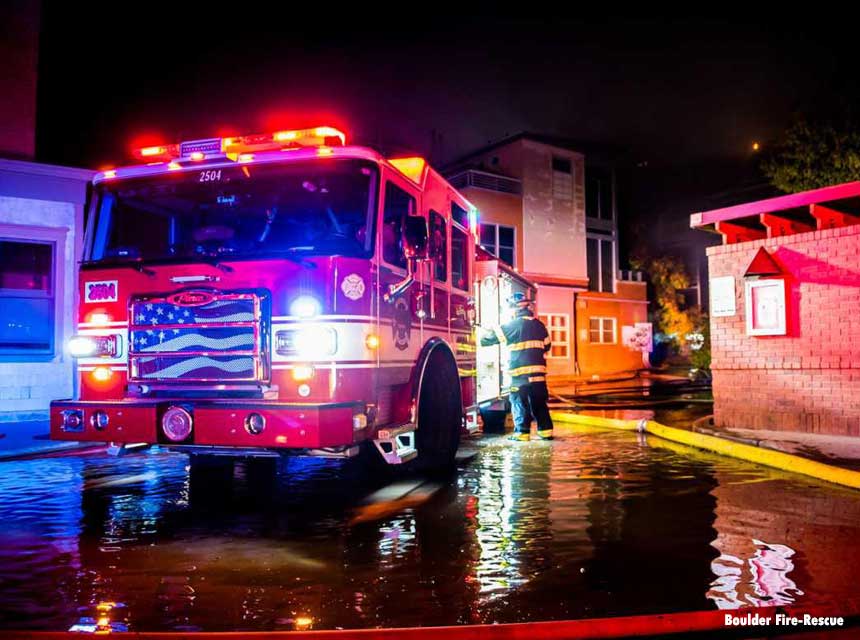 Fifty-one firefighters from Boulder Fire-Rescue and neighboring communities responded to the structure fire at Whittier Apartments, located at 2301 Pearl St.. The first call reporting the fire came in at 3:32 a.m., with crews being dispatched at 3:34 a.m. Companies arrived at 3:39 a.m. and by 5:40 a.m. had the inferno under control, according to a release from the department.

First responders initially believed Whittier apartments was an 83-unit complex, but instead found that there were 81 units spread across six buildings. Most structures within the complex had partially collapsed and were initially deemed unsafe for first responders to enter and search. Initially, first responders also believed that some residents may have sought treatment for minor injuries, but as of Tuesday evening, no injuries were reported. The complex is a mix of owner-owned units, as well as long and short-term rentals and vacant units.

Fire investigators from Boulder Fire-Rescue and Boulder Police are working to determine the cause and manner of the fire. Investigators have been able to determine that the complex had working smoke detectors and sprinkler system.