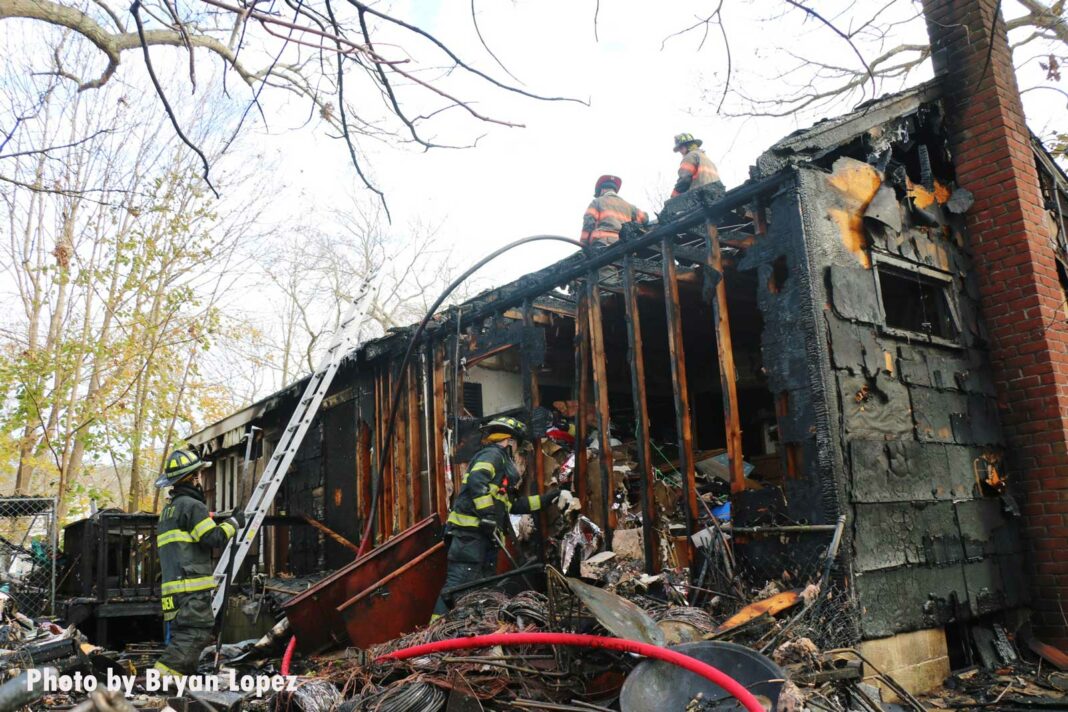 Photos and videos by Bryan Lopez

The North Patchogue Fire Department along with multiple other area departments responded to a house fire Saturday afternoon on Celia Street in East Patchogue, New York. First-arriving units were met with smoke showing and heavy fire throughout the home, which eventually made it way through the roof.

Firefighters were faced with severe hoarding conditions both inside and outside the home, making operations very difficult and that much more dangerous. The blaze completely gutted the home and damaged all kinds of property that was stored in the backyard. The homeowners safely evacuated and no injuries were reported.

Crews battled the fire for more than an hour before it was placed under control. Firefighters set up a tower ladder on the opposite block, to the rear of the home, to protect the surrounding exposures. The Town Of Brookhaven Fire Marshal and Suffolk County Police Arson Squad responded for an investigation.