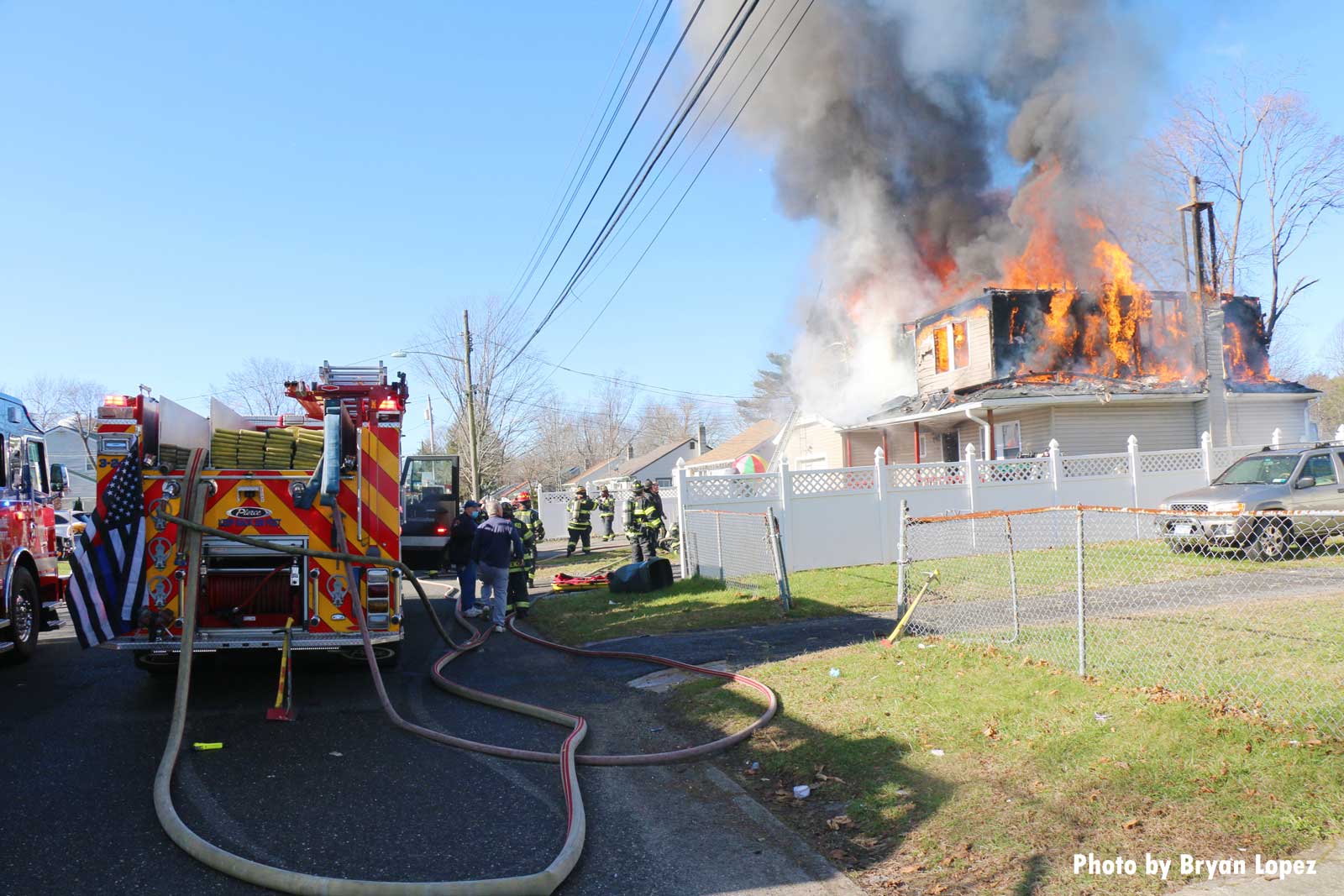 On December 10, 2020, at approximately 11:15 a.m., the Brentwood (NY) Fire Department was activated for a reported residential structure fire on Saint Peters Drive. The Suffolk County Fire- Rescue dispatch center was taking multiple calls on this fire from nearby neighbors.

First-arriving units were met with fire out the windows and through the roof of a large two-story home. A working fire was transmitted, and mutual aid was brought in from East Brentwood, Bay Shore, Islip, West Islip, and Commack fire departments to assist. Brentwood Legion Ambulance and the Central Islip-Hauppauge Volunteer Ambulance Company also responded to the scene. There were reports of explosions and multiple propane tanks were located at the home.

The roof collapsed, forcing crews to operate exterior temporarily. The stubborn, wind-driven blaze took nearly two hours to bring under control. Command requested a fire marshal and the Suffolk County Police arson squad to the scene for an investigation. The Red Cross responded to assist seven displaced residents from the home. No injuries were reported.