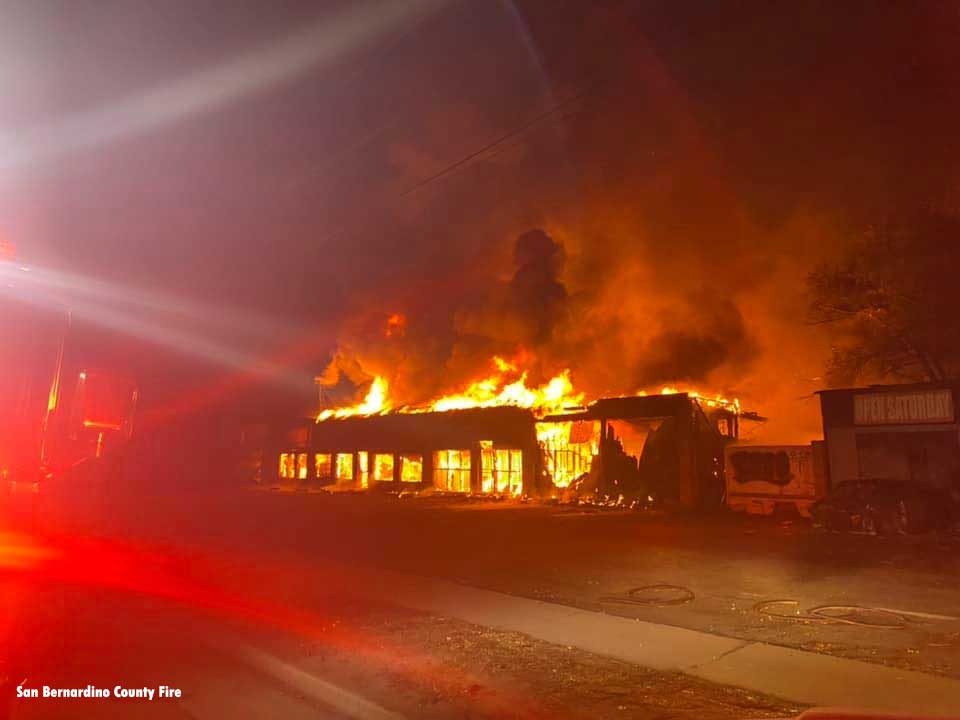 This morning at 12:14 a.m., San Bernardino County (CA) fire crews were dispatched to a reported commercial structure fire in the 1400 block of West Rialto Ave., San Bernardino. According to a release from the department, multiple 911 callers stated that there multiple explosions and fire from a commercial building.

Firefighters arrived within six minutes to find heavy smoke and fire showing from a large, single-story commercial building. The well involved building was also immediately threatening multiple buildings, vehicles, and nearby vegetation. Due to the involvement and exposures, a second alarm was quickly struck.

Crews mounted a defensive fire attack, concentrating on keeping the fire to the building of origin and protecting exposures. Large volumes of water were applied via ladder pipes and hand lines. At the height of the fire, more than 3,000 gallons per minute were flowing.

While conducting initial attack, crews found an energized power line had fallen. Crews cordoned off the area until the local utility arrived to mitigate the hazard. The fire was ultimately knocked down in 30 minutes. Crews were successful in keeping the fire from spreading to adjacent structures and vegetation. The fire’s cause is under investigation by San Bernardino County fire investigators.

Training for the Commercial Fireground

Man Drives into Motorcyclists in Terror Attack in Germany