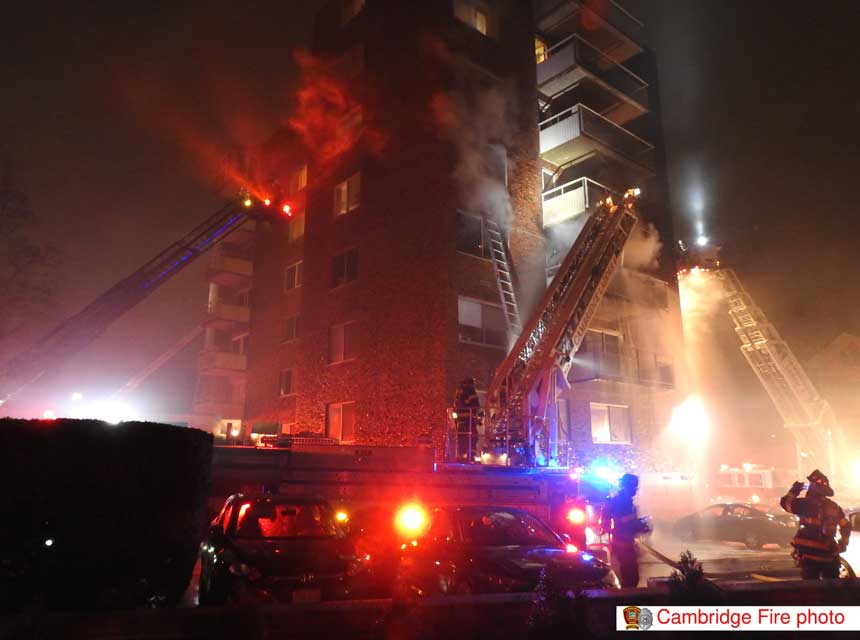 The Cambridge (MA) Fire Department responded to a fire on Tuesday night that went to four alarms.

Crews responded just before midnight to Box 4-64 at a nine-story residential building at 14 Concord Ave, according to the department’s social media account. Firefighters found fire and smoke showing and made several rescues in a heavy smoke condition. An aggressive attack was used to contain the fire.

According to WCVB 5, Chief Gerry Mahoney said the building did not have sprinklers and wasn’t required to because of its age. Two people were transported with nonlife-threatening injuries and several firefighters sustained minor injuries. A total of 30 people were displaced.