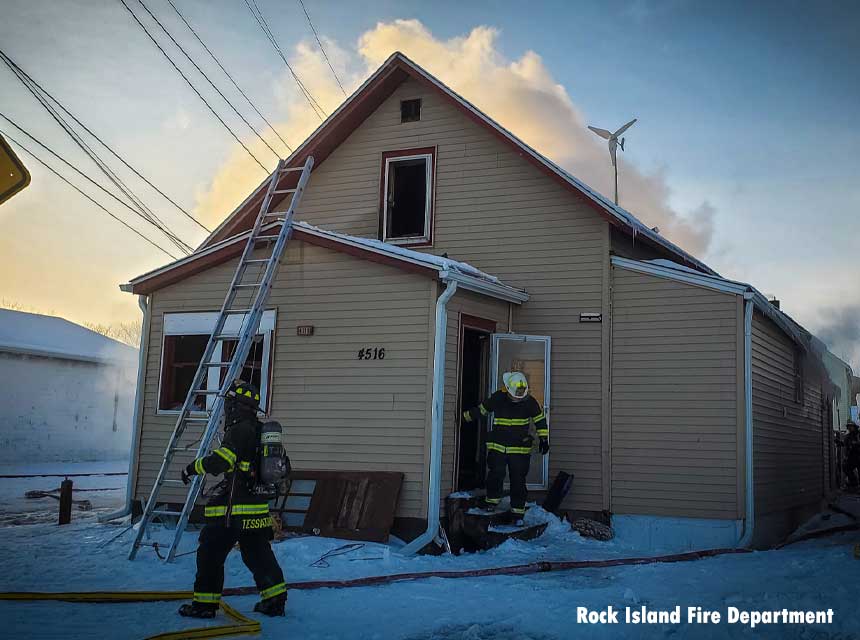 Feb. 8—Four people were rescued from a house fire Monday morning, according to news release from the Rock Island Fire Department.

All four were treated at a local hospital for injuries, but none were life threatening.

The residents at 4516 6th Ave were alerted to the fire around 5 a.m. by a smoke alarm, but were unable to escape down the stairs because of the smoke and heat. Instead they escaped out onto the porch roof where they were rescued by first-arriving fire crews.

The cause of the fire is believed to be a space heater that was in use on the rear, three-season porch.

No firefighters were injured.

Snow will Impact Determination of Cause of Fire at Edwardsville (IL)...