Two families were displaced and three dogs perished on November 17, 2013 after a fast-moving fire ravaged their home in North Plainfield, New Jersey. The fire forced the families to seek temporary shelter.

The North Plainfield Fire Department responded to 90 Grandview Ave. around 11:00 a.m. for a reported house fire. Upon arrival, firefighters found flames showing from the alpha and bravo side windows on the first floor. A handline was advanced through the front door where heavy fire conditions were encountered by the suppression crew. The bulk of the fire was darkened quickly on the first floor, but flames had already extended into the walls and up to the attic of the two-and-a-half-story balloon-frame home.

Several additional handlines were stretched to multiple location of the home as fire quickly spread throughout all floors. The flames intensified on the second floor and conditions rapidly deteriorated, forcing all personnel to evacuate the building and switch to a defensive operation. Exterior handlines surrounded the home and hose streams were directed through windows to extinguish the flames that were now starting to engulf the attic space.

North Plainfield Truck 1 set up in the driveway and placed the ladder pipe in service to extinguish the fire that was weakening the roof and causing a partial collapse. The roof rafters started to sag and the flames that were consuming the attic eventually broke through. An elevated master stream was used along with exterior handlines to knock down the fire showing through the roof.

Once the majority of the flames were darkened, firefighters continued to chase fire in void spaces for a few hours before the fire was placed under control around 3:00 p.m.

Firefighters remained on scene for an extended period of time conducting overhaul and extinguishing hot spots throughout.

There were no injuries reported at the scene. The American Red Cross was notified to assist the families with temporary shelter. The home was completely gutted and deemed uninhabitable

The cause and origin of the fire is being investigated, but it appears to have started on the first floor. The fire does not appear to be suspicious and is being ruled as accidental in nature. 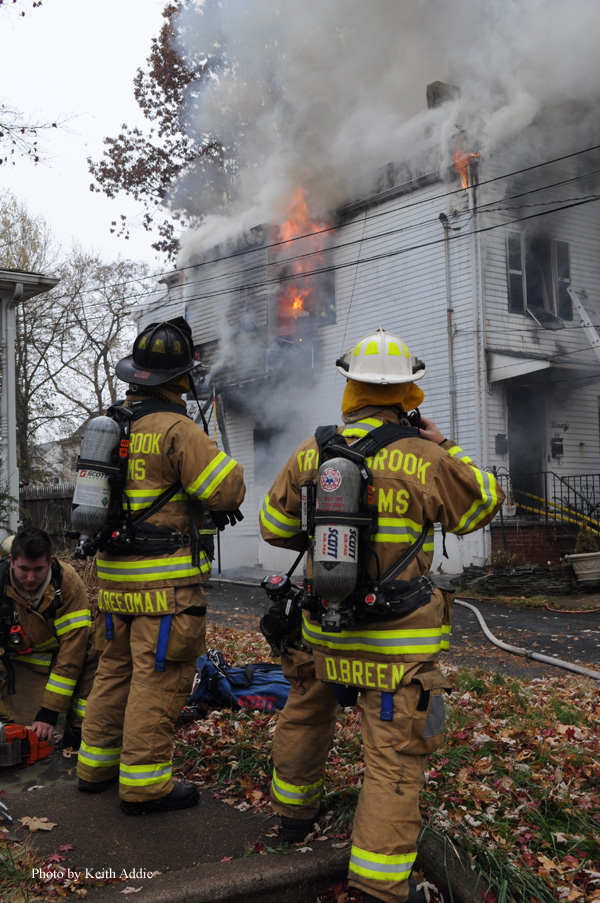 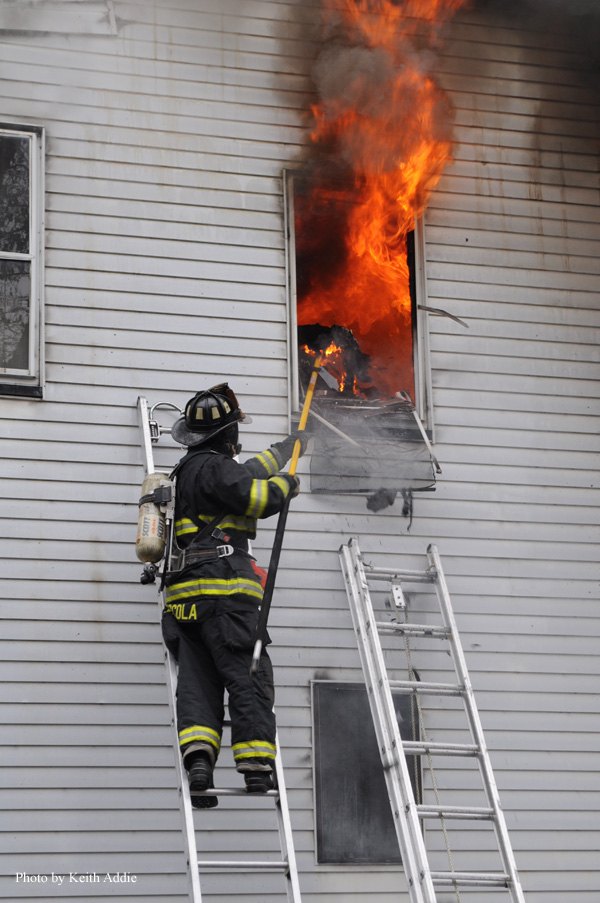 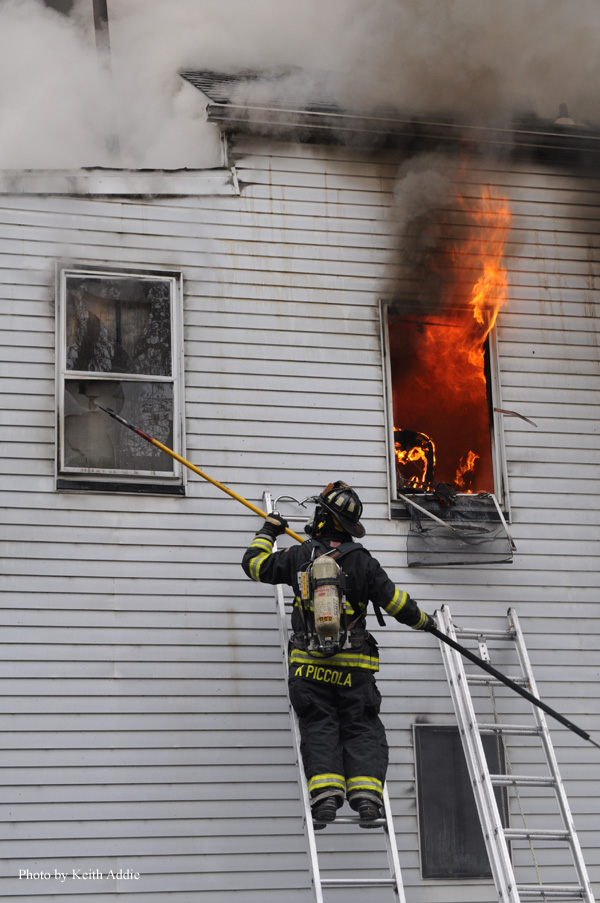 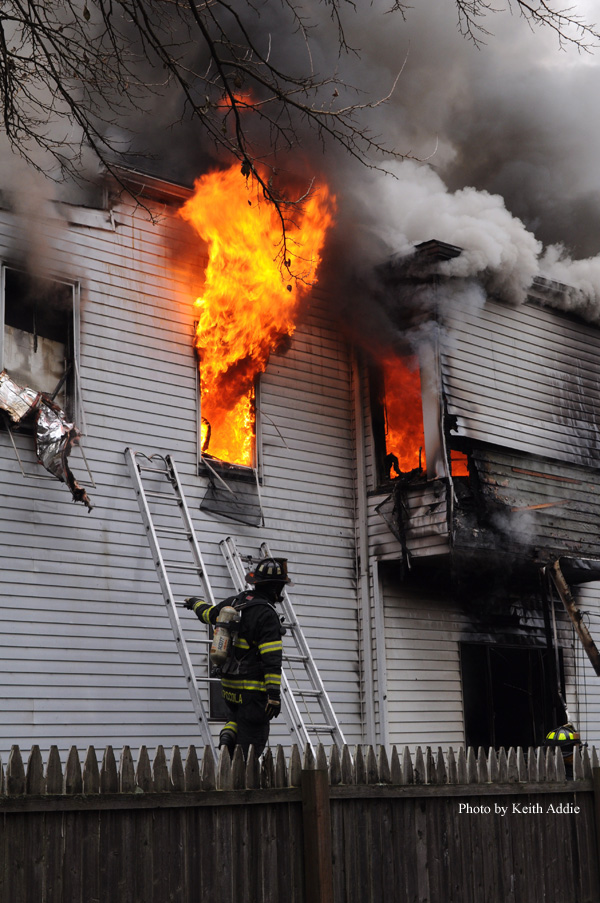