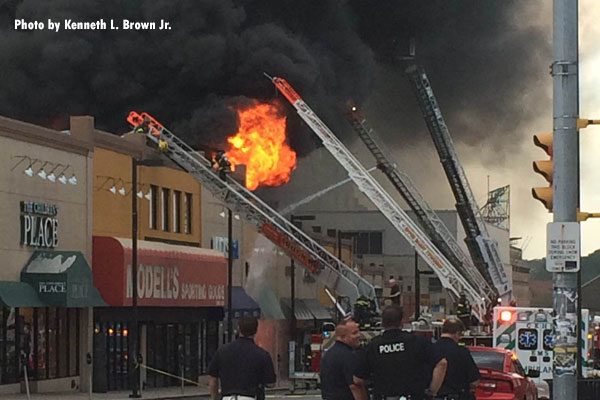 At around 17:38hrs on July 6, fire companies were dispatched to 72 South 69th street for the report of a fire in a shoe store in Upper Darby Township, Pennsylvania.

Upon arrival of the initial dispatch, crews found a single-story storefront with fire through the roof. Firefighters worked to control the fire but kept being evacuated because of heavy fire conditions.

Before all was said and done, the fire had gone to four alarms, bringing multiple units from Delaware and Montgomery Counties. The fire was placed under control about five hours after initial dispatch.