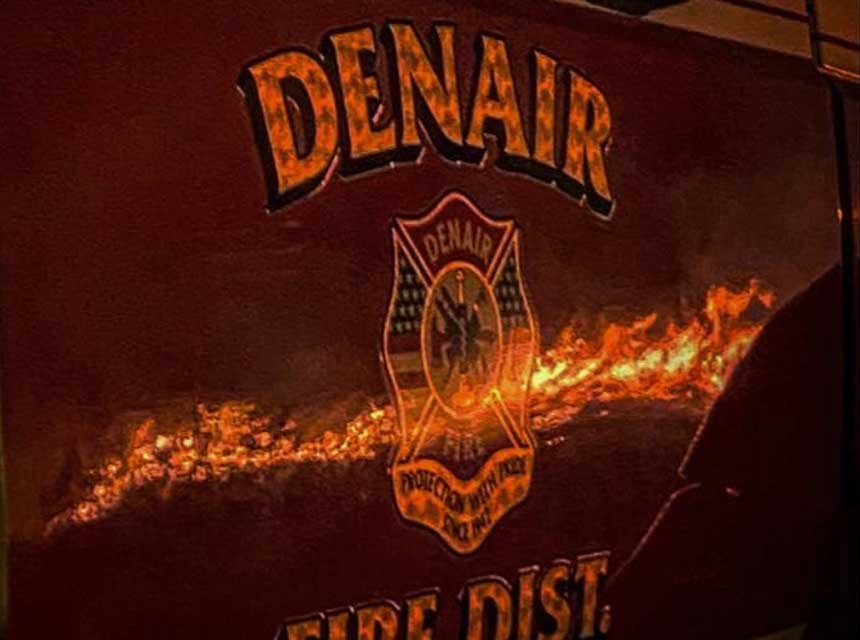 Jun. 3—Illegal fireworks are not believed to be the cause of an early Sunday fire in Denair that killed a man and his two sons, the Stanislaus County Sheriff’s Office said.

Multiple fire crews responded just before 2 a.m. Sunday to a residential structure fire in the 3500 block of Fresno Avenue, according to the Denair Fire Department. The crews learned that multiple people were stuck inside the home but were not able to rescue them because of heavy flames and a collapsing roof.

The three people who died inside the home were 25-year-old Sergio Inostros, 8-year-old Mason Mulgado and 3-year-old Bennet Inostros.

Shortly before the fire, Inostros briefly left the home to go to a Quik Stop a tenth of a mile away, where his fiancée and mother were working, the Modesto Bee previously reported. The family believes he returned to find the house on fire and ran back in to save the boys.

Although the department said in a release that it had received multiple tips about illegal fireworks causing the fire, a preliminary investigation suggests this is not the case.

Deputies were dispatched to fireworks calls in the area around 11:15 and 11:45 p.m. Saturday night, but not any time nearer to when the fire started, according to the sheriff’s office release.

Inostros’ mother said previously that fireworks were being shot off about 45 minutes before the fire began.

Multiple fundraisers are being held for the family, including a a GoFundMe page and a June 23 tri-tip dinner fundraiser.

Tickets for the fundraiser are $50 for a four-person dinner. They can be purchased in Denair from the Fire Department, Lion’s Club or Quik Stop on 4272 Main Street.

Meanwhile, the investigation into the fire is ongoing. Anyone with information on the case should contact Detective Gonzalez at 209-595-8686.