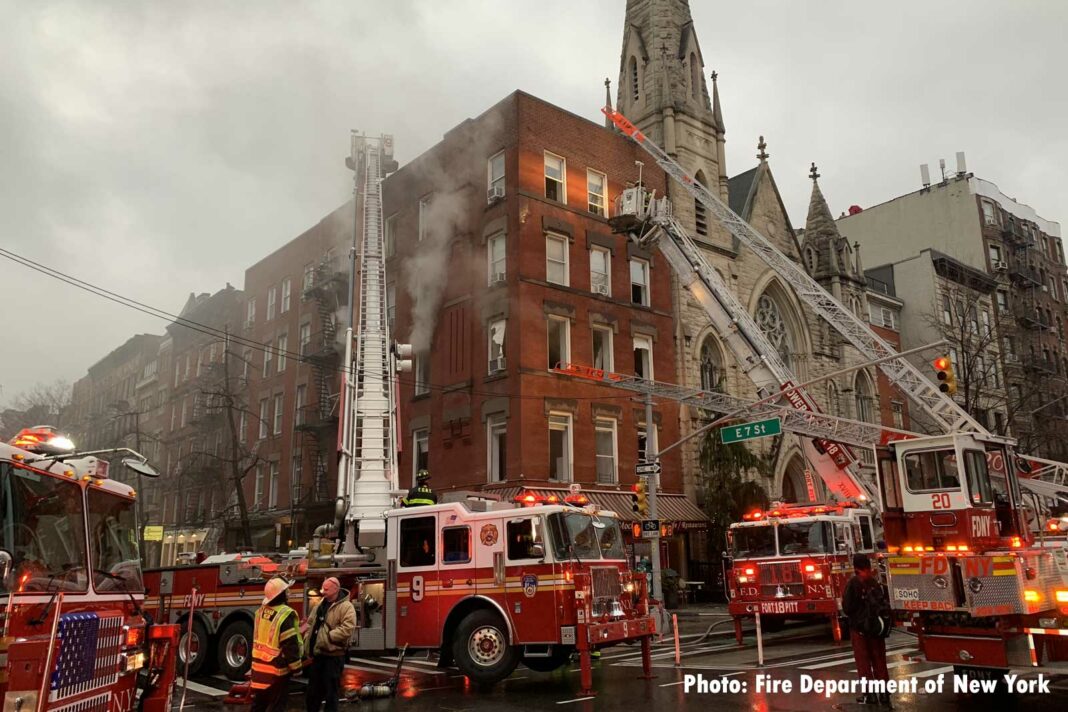 Five Fire Department of New York (FDNY) firefighters sustained nonlife-threatening injuries while working at the scene of a three-alarm fire Monday in Manhattan, according to reports.

The FDNY Twitter feed indicated that the fire occurred at 48 E. 7th Street.

FDNY members are operating on scene of a 3-alarm fire at 48 E. 7th Street in Manhattan. pic.twitter.com/NUIBTBf9Lt

According to a report on Patch, the fire occurred above a restaurant in the East Village. The fire was in multiple floors of the five-story building, as well as in the walls and cockloft, the report noted. More than 100 firefighters responded to the scene.

Above the Fire Floor: Hazards and Precautions

After the Fire: Advanced Salvage for Firefighters