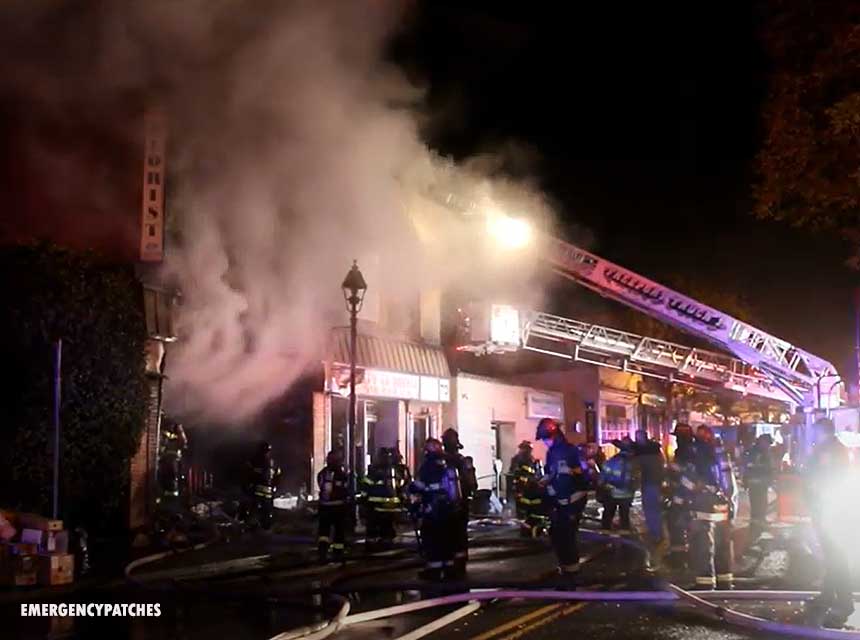 Video and information from Bryan Lopez

In the early hours of November 13, 2020, the Freeport Fire Department on Long Island, New York, was alerted for a reported building fire at the florist on Guy Lombardo Avenue.

Upon arrival, commanding units were met with heavy fire showing from the front of the building and a working fire was transmitted. Due to the fire conditions and exposure problems, the fire was quickly upgraded to a second alarm. Mutual aid was brought in from multiple area departments, with almost 100 firefighters operating on scene.

During the fire attack, an explosion occurred in the building, taking out the entire front wall of the florist. The fire extended to the second floor of the building and the deli next door. Crews battled the stubborn fire for over two hours before it was placed under control. Five firefighters suffered minor injuries fighting the fire.

The florist was a longtime fixture in Freeport, operating in the village since the 1930s. The cause of the fire is currently under investigation by the Nassau County Fire Marshal’s office.