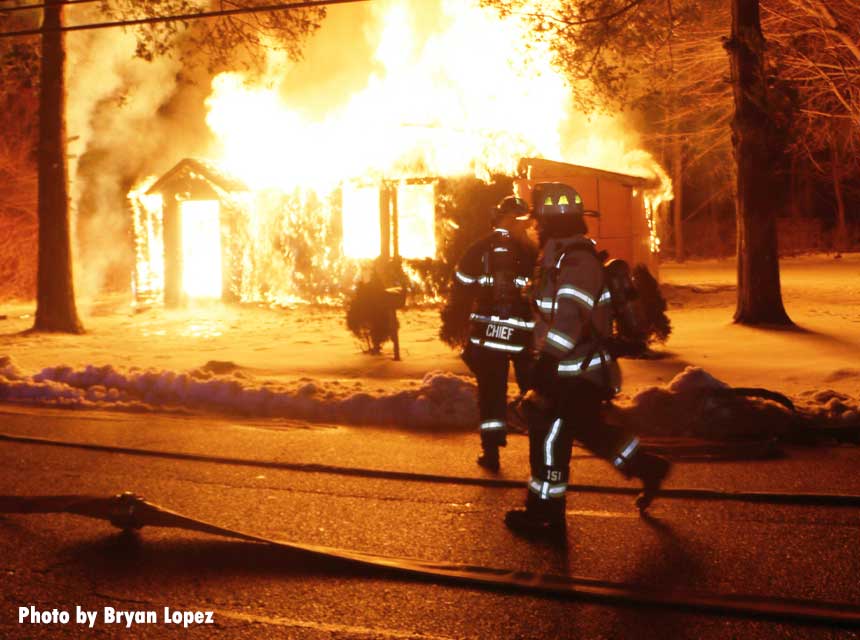 Photos and video by Bryan Lopez

In the night hours of December 20, 2020, the North Amityville (NY) Fire Company was activated for a reported residential structure fire on Columbus Boulevard.

The Suffolk County Fire-Rescue dispatch center was taking numerous calls on this fire from neighbors on the block. Upon arrival, commanding units were met with a fully engulfed vacant home that appeared to be under renovations.

A working fire was transmitted, and mutual aid was brought in from Amityville, East Farmingdale, Farmingdale, Copiague, Massapequa, Lindenhurst, and North Lindenhurst fire departments to assist on scene.

Multiple handlines were put into operation, and crews battled the stubborn blaze for over an hour in frigid temperatures before it was placed under control.

The fire gutted the home, causing it to collapse. One firefighter was treated for minor injuries. The fire is currently under investigation by officials, but is thought to be suspicious.